Brown gets life without parole

WINDSOR – The person responsible for killing a local man in 2019 will now spend the rest of his life behind bars.

After less than one hour of deliberation here on Wednesday, a Bertie County jury found 31-year-old Jashawn De’Andre Brown of Colerain guilty of first-degree murder and possession of a firearm by a felon. 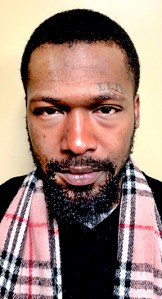 Superior Court Judge L. Lamont Wiggins, who presided over the trial that began on Monday of this week, sentenced Brown to life in prison without the possibility of parole, plus an additional 19-32 months for the possession of a firearm by a felon conviction.

In North Carolina, a conviction of first-degree murder carries a mandatory life sentence without the possibility of parole.

Brown was developed as a suspect shortly after the shooting death of Rashon Carter, then age 36, took place on Jan. 5, 2019 during a private birthday party held at the Midway-Merry Hill Community Center building. Approximately six weeks later, Brown was arrested in Greensboro.

Evidence in this week’s trial showed that on the night of January 5, 2019, Carter was hosting a birthday party for his girlfriend at the Community Center. At some point during the night, Brown showed up uninvited with his friends. A fight broke out between one of Brown’s friends and another party-goer, and several other people joined in the fight.

When Carter attempted to break up the fight, Brown came from behind him and shot him three times in the back.

Carter later died in surgery after being airlifted to Vidant Medical Center in Greenville.

Brown fled the scene after the shooting. Multiple eyewitnesses identified him as the shooter, and the Bertie County Sheriff’s Department obtained an arrest warrant.

Among other charges, Brown’s criminal record shows that he had previously been convicted of robbery with a dangerous weapon, assault inflicting serious bodily injury, assault by pointing a gun, and assault on a female.

“First of all, I want to thank Prosecutor Lisa Coltrain, Prosecutor Amber Hardy, and Victim Legal Assistant Kalen Smallwood for their hard work and dedication in preparing this trial,” stated local District Attorney Valerie Asbell. “I also want to thank Bertie Sheriff John Holley, the Bertie County Sheriff’s Office, and the North Carolina State Bureau of Investigation for an excellent investigation and a job well done.

“I want to especially thank the witnesses who stepped up and were brave enough to testify against this person who committed this horrible, senseless act of violence,” Asbell continued. “Without the bravery of the witnesses, we could not have convicted Brown for killing Mr. Carter. I also want to thank Mr. Carter’s family for their support throughout this process. I hope this conviction will give some closure from the court’s standpoint to this grieving family.”

“Rayshon Carter was a man who was gunned down in the prime of his life,” stated Coltrain. “His last act — protecting a woman standing next to him when gunshots rang out — is evidence of his character. His family will forever mourn him as they now raise his sons without their father to teach them how to be men. Though today’s convictions cannot fill the void in their lives, I hope it gave them some sense of peace and closure that Rayshon’s killer will never again walk the streets a free man.”

Coltrain worked as an Assistant District Attorney in the 7th Prosecutorial District from 2016 to 2020 and was assigned to this case before she went to the North Carolina Conference of District Attorneys where she now is the Homicide Arson Resource Prosecutor.

Due to the fact that Coltrain handled this case from its inception, Asbell requested she continue, even after she assumed the role of the Homicide Arson Resource Prosecutor. Coltrain worked as a special prosecutor under Asbell’s direction during this case.

Brown was represented by defense attorney Assata Buffaloe of Ahoskie.