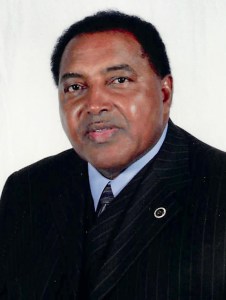 April 23, 2022 was set aside to celebrate Rev. Melvin F. Ingram’s 28th year as Senior Pastor over St. Paul Church of Murfreesboro, Inc. and as a Community Leader. His home is Port St. Lucie, Florida. He is the husband of Cleopatra Ingram, the father of six children, at least fifteen grandchildren and three great grandchildren.

Before Reverent Ingram accepted the position of Pastor of St. Paul Church of Deliverance, the known name at the time of his acceptance of agreement to this position in 1994, he had become acquainted with the church as a body of Christ. This acquaintance began in the early 70’s during his Evangelistic Ministry. However, Rev. Ingram’s service was not confined to the walls of St. Paul Church of Murfreesboro, Inc. Rev. Ingram was prominent in the community of Murfreesboro and other surrounding communities and the state of North Carolina.

His positions of service:

In 1994, Rev. Ingram founded and managed the agency, St. Paul Food for Families Pantry. Under his leadership, the pantry volunteers served over 1,000 individuals monthly.

Rev. Ingram received the North Carolina Governor’s Award for volunteer service to the state of North Carolina and also the International Volunteer of the Year award.

During the Rouson Memorial Lecture at Chowan University in 2010, he received the Futrell-Ruffin Community Service Award.

Rev. Ingram served as a Representative for the Faith Community for many years as a volunteer chaplain for the Roanoke Chowan Hospital as well as a volunteer for Hospice.

The St. Paul Church of Murfreesboro, Inc. members thanked their Pastor, Bishop-Rev. Melvin F. Ingram for his example of strong leadership. We thanked him for allowing us to follow him as he followed Christ.

With sympathy to St. Paul Church from Hertford County Undertakers in Winton, NC.