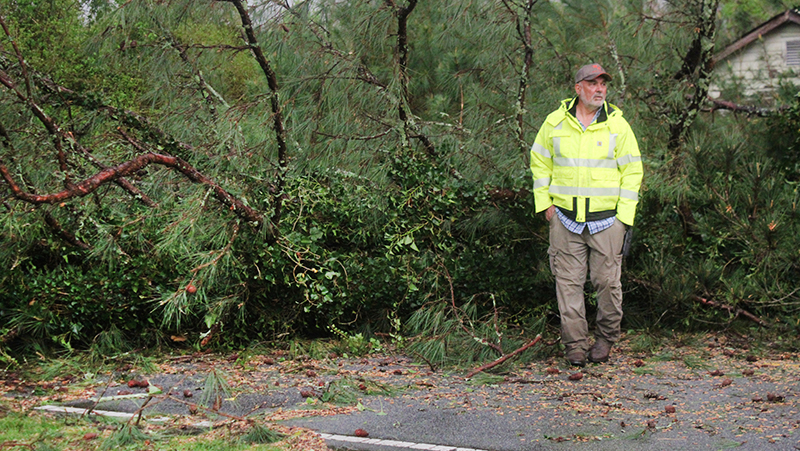 Several rounds of severe thunderstorms late this afternoon into the early evening hours have left their mark locally.

There was a report of a mobile home overturned on Bertie Park Lane, located near Hexlena in Bertie County.

There were reports of trees and power lines down in several areas of Bertie County, to include the Cremo Road area and in the vicinity of Lewiston Woodville.

Medium size hail fell along NC 305 in the Drakes Crossroad area of Northampton County. Howling winds and heavy downpours were reported along US 158 from Jackson to Murfreesboro.

The total extent of the damage will not be known until Friday. It is not known at this point if the damage was caused by a tornado or straight line winds. The area was under a tornado watch until 9 pm Thursday.