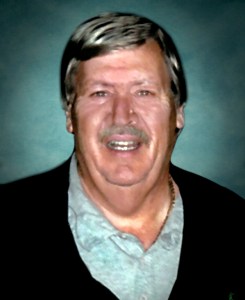 Bobby was born on September 18, 1951, in Bertie County to the late James Fenton and Sybil Holder Mizelle. He was retired with 43 years of service at CenturyLink as a network supervisor. He had attended Bertie High School and Massey Technical College in Jacksonville, FL where he got a degree in electronic technology. Bobby was a member of the Windsor Assembly of God, where he grew up going to church. He was very musical and played in many bands. He began his career with Carolina Telephone as a telephone technician and worked for United Sprint that went through many changes until it changed to CenturyLink.

A graveside funeral service will be held on Wednesday, April 6, 2022, at 11 a.m. at Edgewood Cemetery with Pastor Chuck Gray officiating.

The family will receive friends at the home on Tuesday from 5-8 p.m. Memorial contributions may be made to Samaritans Purse or Tunnels to Towers.

The family would like to give a special thanks to Vidant Roanoke Chowan ICU staff.

Online condolences may be directed to www.walkerfh.net

Walker Funeral Home of Windsor is serving the Mizelle family.