Mr. Umphlett was born in Gates County on January 31, 1928, and was the son of the late Hagood Lilton Umphlett, Sr. and Della Eure Umphlett. In addition to his parents, he was preceded in death by his wife, Doris Howell Umphlett; his sister, Malene U. Eure; and his brother, Robert E. Umphlett. 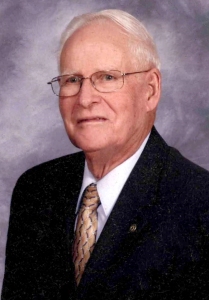 Employed with Union Camp Corporation in Franklin, VA for 33 years, during those years and later after his retirement he tended the family farm on Hackley Road. A member of Eure Christian Church and Gatesville Masonic Lodge #126, he also enjoyed the fellowship of friends in the Ray’s Beach Fishing Club and the White Oak Hunt Club.

Funeral services will be held Friday, April 8 at 2:00 p.m. in Eure Christian Church and will be conducted by the Rev. Wade Bennett and the Rev. Wayne Gardner. Masonic Rites will be accorded in the church. Friends may visit with the family in the social hall immediately following the service, and a private burial will be in the Umphlett Family Cemetery.