WINTERVILLE, NC – Clint Steele, 69, of Winterville, NC passed away on March 15 after a long, courageous battle with cancer. 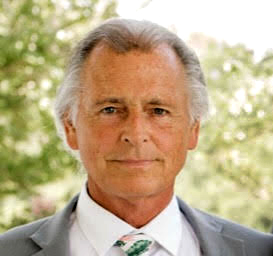 Clint is survived by his wife, Donna Steele; children Melisa Poindexter (Stephen) of Roxboro, NC; Clint Steele (Molly) of Newport, NC; and Mariah Littlestone (Caleb) of Cape Coral, Florida. He has three grandchildren, Owen and Olivia Poindexter, and Arabella Steele. He is also survived by his brother Jim Steele, (Donna) of Ahoskie, NC and many nieces, nephews and cousins.

He was preceded in death by his mother, Carolyn Paige Davis Steele; his sister, Donna Carol Shawver; and his father, George Clinton Steele IV.

Clint served in the Army and was stationed in Seoul, Korea from 1970- 1973 where he ran one of the largest mail depots for the Army. After his return from serving, Clint earned an Associate’s degree in Art from PCC but ultimately found his passion in woodworking. He spent many years self-employed, restoring historical homes to their glory days. He moved his family to Winterville, NC where he cherished the opportunity of being a stay-at-home dad before his kids started school. He then became the Residential Project Manager at Greenville Pool, where he continued to use his creativity & artistic eye to please homeowners all over eastern NC. He retired from ECU’s carpentry department in 2017.

Clint never met a stranger and loved learning about people. If you knew him, you know his love to tell a story, he had a talent for engaging in conversations with everyone. His favorite thing in life was spending time with his family either at the beach or in the mountains. He was a generous, kind-hearted soul who will be missed dearly.

The family will hold a private memorial at a later date.

In lieu of flowers, please make donations to the Crystal Coast Hospice House in Newport, NC.