Mr. Powell was born in Gates County on May 27, 1930, and was the son of the late William Henry and Avie Lowe Powell. In addition to his parents, he was preceded in death by his wife, Nellie Cahoon Powell; three sons, infant William Llewellyn Powell, Thomas M. Powell, Jr., and Jeffery Thomas Powell; a sister, Ollie Brown; and five brothers, George, Roland, Sam, James R. “Pete”, and Lonnie Powell. 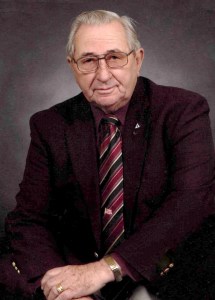 Mr. Powell served for 20 years in the United States Army, attaining the rank of Command Sergeant Major, and served in both the Korean and Vietnam Wars. After his military career was over, and he and Nellie moved back home to Gates County, he became active in his church and community. A faithful member of Cool Spring Baptist Church, he served as a deacon, on the Cemetery and Building & Grounds committees, and as church clerk. A Master Mason, he had served as Master of the Army/Navy Masonic Lodge #306, and was a member of the Scottish Rites Bodies. A charter member of the Eure Volunteer Fire Department, he also enjoyed the fellowship of the Gates County Hunt Club.

Funeral services will be held Thursday, March 3 at 3:00 p.m. in Cool Spring Baptist Church and will be conducted by the Rev. Charlie Brown and the Rev. Roger Kiker. The burial, with military honors, will follow in the church cemetery. Friends may visit with the family in the social hall of the church immediately following the service, or all other times at his residence.

Memorial contributions may be made to Cool Spring Baptist Church, in care of Sandra Pope, 630 US 13 South, Eure, NC 27935, or to the Eure Volunteer Fire Department, in care of T.C. Vaughan, 21 Fort Island Road, also in Eure.