AHOSKIE – After nearly 30 years on the job, local District Attorney Valerie Asbell says she is ready to retire.

“After much prayer and consideration, I announce today (Feb. 28) that I am not seeking re-election to the seat of District Attorney in Bertie, Halifax, Hertford and Northampton counties,” Asbell stated in a press release. “I have loved serving the people of this District for the past 21 ½ years as the Elected District Attorney and for seven years prior to that as an Assistant District Attorney. This has been a very difficult decision because of my love and passion for serving victims of crime and the citizens.” 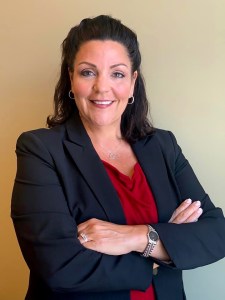 Asbell said she spent “countless hours thinking and praying about this decision, and over the weekend I came to the conclusion that it is time to retire at the end of this term. I have invested my entire career in public service to the victims of crime in this community, and I am just grateful that I have been able to serve. Now, I know it’s time for me to start a new chapter in my life.”

Asbell credited those she has worked with over the years for her longevity.

“It has been a great honor to serve our district and state for 29 ½ years,” she said, referencing her total time on the job when she steps down at the end of the this year. “I have had the privilege of working with many wonderful people over the years. None more professional or dedicated than my staff in the District Attorney’s Office.

“I am beyond thankful to my community for allowing me to serve as their District Attorney for the past 21 ½ years and I thank God because he has blessed my life beyond measure and chose me to have this opportunity,” Asbell added. “Serving as District Attorney has been one of the most wonderful experiences of my life.

“After 29 1/2 years as a prosecutor, it is time for me to retire and allow others to continue the tradition of serving justice, protecting victims and keeping our community safe. While I am announcing my retirement today, the fearless professionals of my staff and I will continue to work diligently until my term ends on December 31, 2022,” she concluded.

A native of Roxboro in Person County (north of Raleigh), Asbell graduated in 1989 from Emory University in Atlanta, GA where she was a double major in psychology and religion. She was then accepted to Tulane Law School in New Orleans, graduating in 1992 and returning to North Carolina that same year where she passed the state Bar Exam.

In April of 1993, Asbell was hired as an Assistant District Attorney for what was then Judicial District 6B (Bertie, Hertford and Northampton counties). Seven years later – on her birthday (May 29, 2000), North Carolina Gov. Jim Hunt appointed Asbell as the first female District Attorney in District 6B, filling an unexpired term left vacant when then District Attorney David Beard retired. Since that time she successfully won election for four-year terms in 2002, 2006, 2010, 2014, and 2018.