LAWRENCEBURG, TN – At a late evening hour on Sunday, February 13, 2022, James (Jim) Russell Modlin, age 85, was granted his wish to die at home with his wife at his side as he slipped away. After months of battling Alzheimer’s, God enfolded him into that peaceful, pain-free place, 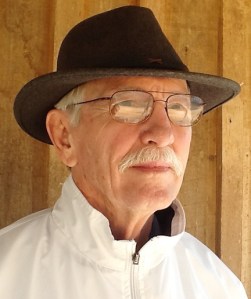 A native of Ahoskie, NC, Jim’s multi-career life spanned several years in the military, then as an NC Game Warden, Federal Park Ranger with the National Park Service and Corps of Engineers.

During his academic career he received several honors and was elected outstanding student in his masters program, then became Adjunct History Professor. He retired from the FAA as Flight Service Specialist and was twice-elected County Commissioner in his Lawrence County, TN retirement home district.

Jim was the son of the late Hilton Modlin and late Mary Callis Connelly. A brother, Walker Modlin, and sister, Lisa Collins, as well as Jim’s first wife, Mary, and their children, John and Kellie, are deceased.

A private memorial service is incomplete at this time.