The topic will be on “Migration Patterns: An Alternative for Locating African American Origins”. 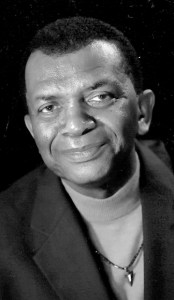 The presenter, Lamar E. DeLoatch, a native of Conway, and the son of James Collis and Bertha DeLoatch, has been doing genealogical and family history research for 42 years. He has traced his family history back to castles in the Loire Valley of Magellan, France; the Balanta people in the Republic of Guinea-Bissau, Africa; the Akan tribe in Ghana, Africa; and the Native American nations of Cherokee, Creek, Nansemond, Saponi, and Tuscarora. His family is also descendants of the Somerset Place Plantation, a historic site in Creswell, NC. DeLoatch refers to himself as an American of African and Native American descent.

In 1998, DeLoatch co-founded the Afro-American Historical and Genealogical Society, Inc., North Carolina / Piedmont-Triad Chapter of which he currently serves as president.

DeLoatch attended Elizabeth City State University (Social Sciences), National Executive Institute (Public Administration), and Auburn University (Vocational Evaluation Services). He has been a business owner / consultant (transportation, tours, travel, and farming) for more than 49 years. He was a member of the city of Greensboro’s Minority/Women Business Enterprise Board for 17 years and served as a Human Rights Commissioner for the city of Greensboro for 8 years. In 2018, he was presented the Old North State Award by Governor Roy Cooper for his work and genealogical research in his community and for the state of North Carolina.

His presentation focuses on basic steps of African American genealogical research and movement throughout the United States.

“Migration is one of the great forces of history, geography, and culture,” DeLoatch stated. “When people move in large numbers they often rearrange, not only their own lives but also the places they leave and the places they settle.”

Americans have always been migratory people, coming from other places, moving to new places. Not only has this country long attracted people from other nations, it also claims high rates of internal migration. This presentation explores a number of consequential migrations – from Africa to the transatlantic crossing of African slaves, as well as the Great Migrations to the Southern Migration in the United States — that helped reshape culture, politics, and economic structures.

DeLoatch closed by saying, “If you want to know where you came from, this will be a great workshop for you to attend.”