One arrested, one sought in unrelated crimes

JACKSON – The Northampton County Sheriff’s Office has arrested one suspect and is seeking another involved in unrelated crimes.

Arrest warrants have been drawn for 28-year-old Shai Maynor of Littleton and 44-year-old Willie Suiter of Weldon. 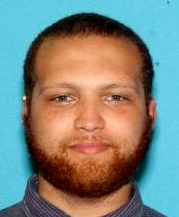 Maynor was developed as a suspect after Northampton deputies and investigators responded on Feb. 10 to numerous calls in the Potecasi area of Griffintown Road where citizens complained of vandalism.

After deputies canvassed the area and checked numerous homes within that area, approximately 11 different homes and a church were vandalized/damaged in the early morning hours of Feb. 9. Citizens had numerous items damaged to include but not limited to several vehicle tires, mail boxes, flower pots, windows, and larceny of a bicycle. NCSO Lt. Alan Roye began the investigation and upon developing a suspect, warrants were obtained on Feb. 16 for Maynor’s arrest. Those warrants charge Maynor with nine counts of injury to personal property, one count of injury to real property, one count of misdemeanor larceny, and one count of possession of stolen property.

If there are any other citizens that experienced property damage during this rash of vandalism, they are encouraged to contact the Northampton County Sheriff’s Office (252-534-2611 to file a report. 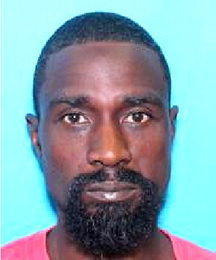 Those with information regarding Maynor’s whereabouts are encouraged to contact the Northampton County Sheriff’s Office or their local law enforcement agency.

Suiter also has outstanding warrants for a previous breaking & entering case investigated by NCSO Sgt. M. Deloatch. This case began on Nov. 5, 2021 where it was reported that someone had broken into a residence in Seaboard and a vehicle within the yard.

Suiter was located and arrested on Feb. 17 in the Seaboard area. He was placed under a $2,000 secured bond and is scheduled to appear in Northampton County Criminal District Court on Feb. 24.