JACKSON – A Bertie County man stands charged with allegedly breaking into and stealing items from several vehicles in early January in the Rich Square area. 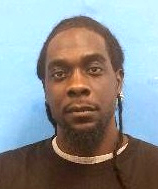 Northampton County Sheriff’s Lt. Alan Roye obtained warrants on Jan. 11 after developing 36-year-old Al Tiran Ashford of Windsor as a suspect. Ashford is alleged to have committed the vehicle B&E’s during the nighttime hours of Jan. 2-3 at residences on Bryantown Road.

Working in conjunction with Bertie County Sheriff’s Office, Lt. Roye was able to identify and charge Ashford with five counts of breaking & entering of a motor vehicle, four counts of misdemeanor larceny, one count of financial card theft, one count of possession of a firearm by a felon, and one count of larceny of a firearm.

The Bertie County Sheriff’s Office served those warrants on Feb. 8 at which time Ashford was arrested and placed under a $35,000 secured bond.

“If there are any other crimes during this period of time that were not reported previously, we encourage our citizens to contact the Sheriff’s Office so your case can be properly investigated,” stated Northampton Sheriff Jack Smith.