MURFREESBORO – The Murfreesboro Police Department is currently searching for the suspect in a shooting which occurred in town last month. 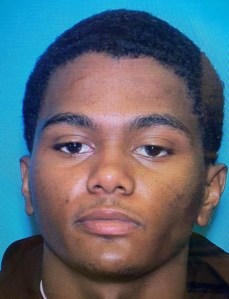 Warrants for arrest have been issued for Na’Sean Alfred, 18, who lives in the Murfreesboro area. He is being charged with attempted first degree murder, assault by pointing a gun (2 counts), assault and battery, and possession of a stolen firearm.

The crime occurred shortly before 5 p.m. on January 25 at the Dollar General on Main Street, adjacent to the Food Lion. MPD Chief David Griffith and several of his officers responded to the “shots fired” call and were on the scene in approximately two minutes.

One person was seriously injured and was later airlifted to the hospital.

The police conducted an investigation, including interviewing several witnesses who were at the scene. Griffith told the News Herald that Alfred is the only person being charged.

Anyone with information on Alfred’s whereabouts are asked to call the police department at 252-398-4151. Callers can remain anonymous.