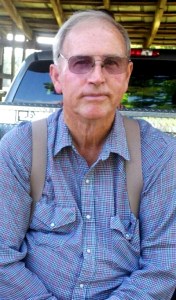 Mr. Parker was born on October 15, 1944 to the late John Tular Parker and Edna Earl Bryant Parker in Northampton County, North Carolina. Bill was an avid outdoorsman, loved farming, fishing and riding around with his best friend, Sasha. He cherished his family and enjoyed hanging out with his fellow hunting buddies on Friday nights. Bill was friends with everyone and never met a stranger. He was a lifetime member of National Rifleman’s Association. Bill was a devoted member of Roberts Chapel Baptist, serving in many capacities such as, deacon, choir, and church trustees. He was greatly loved by his family and friends and will be deeply missed.

The family will receive friends on Wednesday, February 9, 2022, from 2-2:45 p.m. at Roberts Chapel Baptist Church, Pendleton, NC with a celebration of life service to follow at 3 p.m. in the sanctuary with Rev. Mark Currin officiating and burial will follow at the church cemetery.

Flowers are welcome or memorial contributions may be made to the Roberts Chapel Baptist Church, PO Box 128, Pendleton, NC 27862 or online by visiting tmcfunding.com/search fund, type- Bill Parker.

Garrett-Sykes Memorial Chapel is handling the arrangements for the Parker family and online condolences can be directed to the family by visiting www.garrettsykesfs.com.