‘We’re headed in the wrong direction’

GATESVILLE – Several citizens voiced their concerns over a number of ongoing issues in Gates County here recently during the public comment period at the regularly scheduled county commissioners meeting.

Included among those choosing to voice their concerns – mostly dealing with the unexpected transfer in December of E911 services to Perquimans County, was Sheriff Ray Campbell. 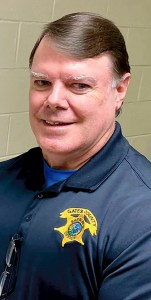 “I love my county, I love what I do but I believe there’s an element here now that’s hell-bent on tearing this county apart,” the Sheriff said. “There’s chaos and division….county employees being terminated and shutting down our E911 Center without any discussion with employees or myself.”

Campbell said he had heard “talk” about removing him from office.

“I also heard that an outside attorney was hired to look over [county] documents,” Campbell alleged. “Why is this happening?”

He went on to say there is division between the Sheriff’s Office and county government.

“There is a total loss of respect because of that,” Campbell said.

“We as a county are headed in the wrong direction,” Campbell remarked. “You as the commissioners can change this or you can ride the sinking ship down altogether. I took an oath to protect and serve this county and that’s exactly what I’m going to do. I’m not going to stand by and watch it being run in the ground.”

Other citizens also expressed their dismay over the issues within the county’s E911 service.

“The time that we waste is time we’re not helping somebody. We need to spend the money to help everybody,” Manjetta Blanchard remarked.

Erna Bright said he was part of the first presentation made in 1999 to the county commissioners to get the E911 system in Gates County at a price of $65,000. Prior to that, Hertford County handled and dispatched 911 calls for Gates County.

Bright, a Sunbury firefighter and retired from Carolina Telephone / Sprint / CenturyLink, said he worked on that equipment until his retirement two and one-half years ago.

“I’m very familiar on how it works,” Bright said. “My concern now is no business will come to Gates County without having critical infrastructure in place – water, sewer and a workforce. Then comes the need for adequate fire service, law enforcement, and paramedics. We have those things, but we have to update our E911 system. We’re having to work with old equipment. Please, please, please spend the money to update this equipment. We have to communicate….it’s a matter of life or death.”

County resident Patrick Martin, a radio maintenance expert with the Chesapeake Fire Department, said they have to constantly update their communication system.

“If it gets out of whack, it’s useless,” he stated. “Gates County has $1.4 million in COVID money (federal relief funds). Use some of it to improve our infrastructure and use it to increase the salaries of our deputies and other first responders. Invest in what we have…invest in us and stop the practice of making employees work with substandard equipment and treating them like dirt.”

The letter went on to say that the fire chiefs were concerned over the abrupt move of Gates County Emergency Communications to Perquimans County and the “multiple disruptions that ensued.”

The fire chiefs feared that those types of disruptions would impact their fire ratings with the state. Those ratings, Kittrell said, help to save homeowners and businesses millions of dollars annually in property insurance.

“The decisions that were made did not provide the highest professional level of service to all the first responders and the citizens of our community,” Kittrell continued reading from the letter. “We ask that the county manager and the county commissioners do all within their power to restore Gates County Emergency Communications to our communications center in the Gates County Courthouse as soon as possible.”

Kittrell then personally addressed the commissioners over the termination of a certified emergency dispatcher.

Kittrell added that he and others are aware that the county’s Emergency Communications department needed major upgrades.

“As a taxpayer and a fire chief in this county, what are you waiting for,” Kittrell asked. “Your primary responsibility is to your citizens. No one will complain about you spending money on an Emergency Communications center or for a 40-plus-year-old water system. Spend the money on our existing infrastructure before spending it on risky projects.”

Kittrell suggested that Emergency Communications needs to be a stand-alone department, with a director, and the formation of a 911 Communications Board to advise the director.

Emily Truman, an E911 dispatcher, alleged that the county manager taking action to move the dispatchers to Perquimans County the day after last month’s commissioners meeting was, in her opinion, unethical.

“That gave everyone one month to cool down, while you [county manager] were out of town and nobody could access you,” she said.

“I love the citizens of this county, they are the only reason why I drive to Perquimans County to do my job,” Truman continued.

She added one of her colleagues in Emergency Communications quit; another was terminated; and another wanted to move from full-time to part-time, but was denied that opportunity.

“You say you truly care about the people of this community; I don’t believe you, you have failed to show you care about a single person on this side of the desk,” Truman closed.

Nonnie Minga spoke of his concerns with E911.

“The problem is we have leaders that need to lead,” Minga remarked. “From what I understand, someone went in and asked someone to resign and fired them and the system went down. If that’s the case, then why didn’t you folks [commissioners/county manager] go pick up a telephone [and help out]. That’s what leaders do. You want power, but power isn’t leadership.”