RALEIGH – State Treasurer Dale Folwell, along with a few state legislators, called for greater accountability and transparency among nonprofit hospitals in North Carolina during a virtual press conference held on January 26. 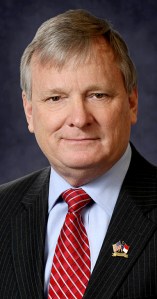 According to a report released by Treasurer Folwell’s office, many nonprofit hospitals across the state may have billed poor patients who should have qualified for free or discounted charity care instead. The study, conducted by the State Health Plan and National Academy of State Health Policy researchers, covered data from 2019 but estimated that numbers could be even worse for 2020, exacerbated by the pandemic.

When patients can’t pay those bills and the hospitals give up on collecting, it becomes “bad debt.”

“Failures in charity care have real consequences for real patients – especially those with low or fixed incomes, who should be protected instead of punished,” Folwell said. “Only one in five hospitals’ charity care justified their tax breaks. Instead, some hospitals sent out bills to the most vulnerable residents of our state.”

In his comments during the press conference, Folwell likened the issue to a “cartel” which restricts competition and raises prices.

The report’s data showed that 18 nonprofit hospitals billed a total of almost $150 million to poor patients who should have qualified for charity care according to the hospitals’ own policies. But that number could possibly be an underestimate since the researchers noted only 16 percent of North Carolina’s hospitals had publicly available data to be included in the report.

Many aren’t required to provide that data.

“There’s a serious lack of transparency,” said Marilyn Bartlett from the National Academy of State Health Policy. “Sometimes the information was not available, and there was no way to verify accuracy of what was available.”

The legislators who participated in the press conference agreed that it’s important to continue examining this issue so that poor people are not at a disadvantage when seeking medical care.

“I’m here to listen,” said Rep. Hunter, who represents Hertford and Gates counties as a part of his district. “I’m here to help if there’s a problem, and to correct the problem, either by legislation or working with the hospitals. We need some accountability. There needs to be some transparency. I hope and I pray that we can work together to fix the issue.

“I prefer to talk to all parties involved before we dive into legislation,” Hunter added.

Rep. Goodwin, whose six-county district includes Bertie, said he was opposed to anyone taking advantage of other people.

“The state of North Carolina will benefit if we fix this problem,” he stated. “This is not something we need to postpone or play around with.”

“During this pandemic, too many of our citizens confront the real issue of medical debt,” said Chaudhuri, who also noted that medical debt disproportionately affects rural and minority households.

“The big problem is that we don’t have the information,” Burgin explained. “I would be happy to have a stakeholder meeting with the hospitals, and really dive into this. I want to talk to people first before we start to propose legislation.”

Treasurer Folwell was quick to note that these concerns are not about the people who conduct healthcare, such as doctors and nurses.

“This is about the multimillion dollar executives that run these multibillion dollar corporations that disguise themselves as nonprofits,” he concluded.

According to data in the report, 4.61 percent of expenses at Vidant Roanoke-Chowan Hospital (Ahoskie) was charity care for patients in 2019. That number was 4.79 percent at Vidant Bertie (Windsor).