SUFFOLK, VA – A joint operation conducted by the Gates County Sheriff’s Office and the Suffolk Police Department has led to the arrest of a Suffolk man wanted on felony drug charges in Gates County. 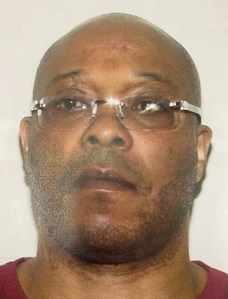 Rodney Cortes Chesson, age 48, was arrested Jan. 12 on multiple warrants issued out of Gates County for possession with the intent to distribute heroin.

Gates County Sheriff Ray Campbell said the arrest came on the heels of a long investigation of Chesson’s alleged involvement in illegal narcotics.

“The long term investigation of Chesson determined that Chesson has been a continued and constant source of supply of heroin and cocaine in Gates County,” Campbell stated.

According to Tim Kelley, Interim Director of Media & Community Relations for the City of Suffolk, Chesson was charged by the Suffolk Police with two counts of manufacturing, sale, and possession of a controlled substance, one count of being a convicted felon (violent), one count of possess/transport a firearm, and one count of being a fugitive from justice. All of those charges are felonies.

Chesson was taken to the Western Tidewater Regional Jail under no bond while he awaits extradition to North Carolina.

Additional charges may be forthcoming as the investigation continues.

Campbell said that Chesson has an extensive criminal history out of New York dating back to 1992 for drug, weapons and violence related offenses.