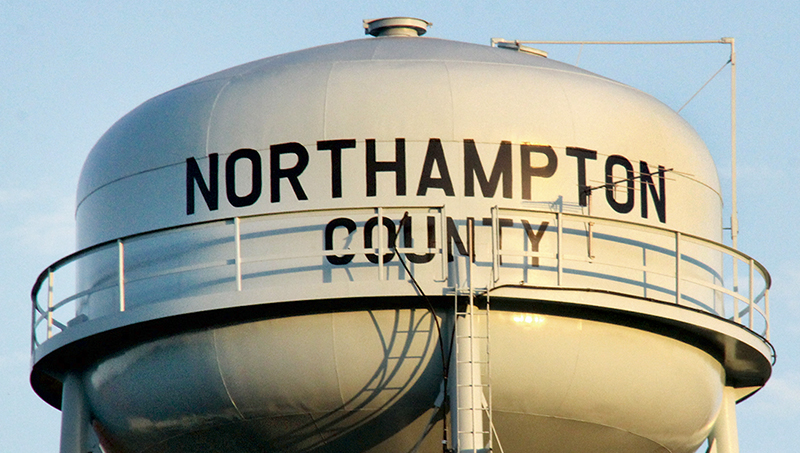 A proposal to raise water rates is currently under study by the Northampton County Board of Commissioners. File Photo

JACKSON – Northampton County citizens had the opportunity to provide comments and ask questions about a proposal to raise water and wastewater rates at the county commissioners’ regular meeting here on Jan. 5.

Details of the proposed rate increase were first discussed during an Oct. 2021 board meeting. Northampton County Interim Public Works Director Becky Turner explained then that the current low rates meant that the water and sewer systems are operating “in the red” and the changes would help rectify that.

“Our rates are not set at a point at which we can break even,” she explained. “I think the last rate increase in Northampton was in 2014, if I’m not mistaken.”

Some of the need for the increase, Turner added, was the rising cost of treatment chemicals, such as chlorine. She said they had been notified earlier in the day that the cost of chlorine would be going up 70 percent in March, and that is already after a previous increase in November.

Additionally, Turner reported she had received notice that Weldon and the Roanoke Rapids Sanitary District are also increasing their rates. Because Northampton County makes some purchases from their systems, that would also affect expenditures. Wastewater, for example, is not handled and treated at all within the county.

“Taking all that into account, I’m extremely concerned with the viability of our utilities department,” Turner stated.

In the rate proposal presented last October, Turner emphasized the rates were set up so that people who use less water than average each month, such as elderly residents or single parents, would not see as big an increase as those using much higher amounts per month.

The difference between current and proposed rates, however, increases with the amount of water used. A household using up to 5,000 gallons per month pays $44.50 under the current rate. The new rate would see that bill jump $20 up to $64.50.

Turner noted that $64.50 per 5,000 gallons is the minimum threshold for USDA loan consideration.

Even though monthly use rates would be increasing under the new proposal, the base rate is projected to drop down to $16 for residential water. It currently sits at $19.50.

Following Turner’s brief presentation, there were no comments from members of the board, but a few citizens choose to speak during the public hearing.

Donna Jenkins questioned the number of services the Public Works department contracts out, noting that it could save taxpayer money if the current staff could do the work themselves.

Wayne Jenkins asked if the county has offered any conservation incentives to customers to conserve water instead of raising rates. He also wanted to know the cost per gallon of production and the ratio of customers using public water versus purchased water.

He continued, seeking confirmation that the county’s water and sewer enterprise fund was self-sustaining, and if so, he asked why weren’t the costs covered by the funds already there.

W. Jenkins wrapped up his comments by asking if the rate increase was necessary to qualify for the USDA loan for the Phase 6 water expansion project.

Board Chair and Interim County Manager Charles Tyner answered that the rate increase proposal is not related to the expansion project which is expected to bring water service to over 200 households. A $4.9 million loan from USDA for that project was approved in July 2021.

With no other comments from citizens or the board, Tyner closed the hearing and stated they would consider all the information at a later date.