KENOSHA, WI – Henry “Hank” Chamblee was the younger of two children born to the late Spurgeon Chamblee and Florence Chamblee on October 17, 1944 in Ahoskie, North Carolina. 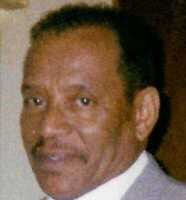 Coming from humbled beginnings in rural North Carolina, the Army provided great opportunity for Hank to make something of his life. While in the Army, he served three tours of duty in Vietnam, which afforded him much leadership experience. As a career U.S. Army soldier, Hank retired in 1984 with the rank of Master Sergeant. After retiring from the Army, Hank continued his work of service with the USPS as a mail carrier. He later began working with the City of Kenosha Transit System as a bus driver. In his 20 years with the city, he was a transit dispatcher and retired as a road supervisor in 2005. Though he had completed two careers, Hank still continued to be an active serviceman by becoming a lifetime and very active member of the local Veterans Administration and Veterans of Foreign Wars organizations in Kenosha. Even up to his death, he faithfully served people in need by donating to several charities religiously every month.

In November 1972, Hank met Linda Glass through a date set up by her brother. Eight years later, they were united in marriage on July 14, 1980.

Hank was blessed to live a full, happy, and rewarding life. On Monday, December 27, 2021, his earthly life came to an end at the Aurora Health Center in Kenosha. Preceding him in death were his parents, Spurgeon Chamblee and Florence Chamblee; his aunts, who were instrumental in his life’s journey to success, Hattie Hardy and Jessie Mae Cofield; his niece, Shawnee Stevenson, and a cousin who was more like an older brother, Richard Hardy.