JACKSON – James Melvin Beasley, age 97, passed away on Sunday, January 2, 2022 at his home with his beloved wife by his side. 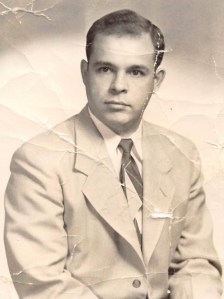 Mr. Beasley was born in Grandy, Currituck County, NC, on February 21, 1924, the son of the late James Malichi and Hazel Ward Beasley. Jim was a WWII veteran of the United States Navy aboard the battleship USS Texas which engaged in several major conflicts including D-Day, Iwo Jima, and Okinawa. Jim was a graduate of North Carolina State College with a degree in Industrial Engineering. He was a foreman for the W.P. Morris Lumber Company until his retirement. He served as a volunteer fireman for the Jackson Volunteer Fire Department for many years, was a member of the American Legion in Ahoskie, NC, and was also a Shriner. Jim was an avid fisherman until the building of the Valley Pine Country Club at which time his passion was changed forever from fishing to golfing.

Besides his parents, Jim was preceded in death by a son, Tommy Beasley, and a brother-in-law, Joe Chappell.

The family will receive friends on Tuesday, January 4, 2022, from 7-8:30 p.m. in the Jackson United Methodist Church Social Hall, Jackson, NC, and other times at the home.

A celebration of life graveside service will be held on Wednesday, January 5, 2022, at 11 a.m. at the Jackson Cemetery, Jackson, NC, with military honors. Rev. John Taylor will officiate.

In lieu of flowers, memorial donations may be made to Community Home Care and Hospice, 525 Becker Drive, Ste. A, Roanoke Rapids, NC; or you may donate online by visiting www.tmcfunding.com/search, type James Beasley.

Garrett-Sykes Funeral Service – Rich Square Chapel is handling the arrangements for the Beasley family and online condolences can be directed to the family by visiting www.garrettsykesfs.com.