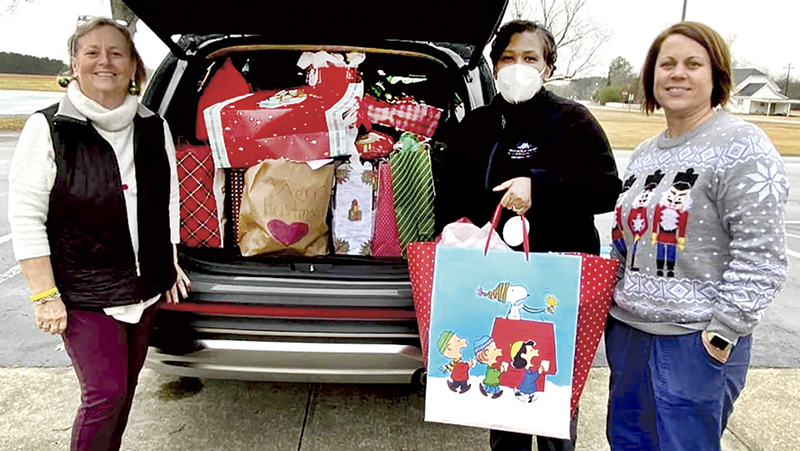 AHOSKIE – Christmas is the giving season and that is just what many in the Hertford County area did for the residents of Accordius Health at Creekside Care.

This is the second year that Creekside had “angels”, where the Activity Team went around to each resident asking what was their wish for a Christmas gift. This was a chance for each resident to unwrap joy, blessing the resident with a gift that reminds them they are valued and loved and most of all not forgotten.

The Activity Team of Creekside cannot begin to express enough gratitude for all the church members, staff, family, and friends who helped by being a Christmas Angel, fulfilling the special Christmas wish made by the residents.

The joy, and enthusiasm in many of the residents as they received the gift was just as a child on Christmas morning with excitement and happiness.