Mr. Hollowell was born in Gates County on January 17, 1936, and was the son of the late Irvin and Minnie Bunch Hollowell. In addition to his parents, he was preceded in death by his wife of 59 years, Clara Small Hollowell, and by a sister, Vicki Blackwell. 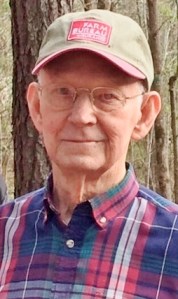 An Army veteran, he had served overseas for four years before returning home to marry the love of his life, Clara. Retired from Lipton Tea Company in Suffolk, VA following 30 years of employment, he also raised hogs on the family farm in Hobbsville. An active member of Hobbsville Baptist Church, he had served the church in various capacities through the years, including service as a Deacon and as a member of the Grounds Committee. Other community involvement included serving as a firefighter with Hobbsville Volunteer Fire Department. He loved rabbit hunting with his friends and hearing his rabbit dogs run, and was an avid collector of knives over his lifetime.

Surviving is his son, Ralph Lee Hollowell, Jr. and his wife, Lisa Stevenson Hollowell; and two grandsons who were his pride and joy, Joshua Lee Hollowell and Jacob Reece Hollowell, all of Hertford. Also surviving is a sister, Claire Eldridge of Edenton.

In accordance with his wishes, no funeral service will be held. Friends may send condolences to Ralph and Lisa’s home, 150 Doll Harrell Road, Hertford, NC 27944, or online by visiting www.millerfhc.com.

Memorial contributions in his memory may be made either to Hobbsville Baptist Church, in care of Jean Hobbs, P.O. Box 15, Hobbsville, NC 27946, or to Meals on Wheels, in care of Albemarle Commission Senior Nutrition, 220 D Ocean Highway South, Hertford, NC 27944.