AHOSKIE – Additional arrests have been made while more charges, including a count of murder, are lodged against the initial suspect involved in a deadly shooting here Nov. 6 at an Ahoskie nightclub. 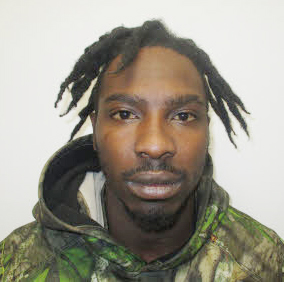 Ahoskie Police Chief Jimmy Asbell said the original suspect in the case, 24-year-old Jamal T. Sloan of Ahoskie, was served arrest warrants on Thursday charging him with first degree murder along with four felony counts of assault with a deadly weapon with intent to kill inflicting serious injury and one additional count of felony inciting a riot.

When Sloan was originally arrested shortly after the shooting, he was charged with three felonies: inciting a riot, going armed to the terror of the people, and possession of a firearm by a felon.

Asbell said Sloan was out on bond from those charges at the time he was arrested Thursday.

For the newest charges, Sloan is being held under no bond for the murder charge and is under a $500,000 bond for the other charges.

Also on Thursday, arrest warrants were served in Elizabeth City on Rayshawn Marquis Lee, 28, of Ahoskie. He stands charged with three felony counts of assault with a deadly weapon with intent to kill inflicting serious injury.

Asbell said two other local men were arrested on Thursday and charged in the case. Lashawn Davon Pittman, 28, of Rich Square and 24-year-old D’Veron Dwight Saunders of Ahoskie were both charged with one count of carrying a weapon into an establishment where alcoholic beverages are served. Pittman was given an $800 bond while Saunders had a $500 bond. 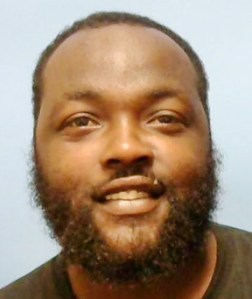 “We have been steadily working this case since the night of the shooting and our investigative work to this point has developed enough evidence to bring these charges,” Asbell said.

He added that the investigation is ongoing and additional arrests are pending. Ahoskie Police Detective Sgt. Tom Helms is the lead investigator on the case.

“Our efforts to bring these additional charges were aided by several other law enforcement agencies that assisted us in this case,” Asbell said. “I thank the Albemarle Drug Task Force, the North Carolina SBI, the Pasquotank County Sheriff’s Office, the Elizabeth City Police, and the Greenville Police for their help.”

The Nov. 6 shooting occurred at the Alaysia Bar & Grill, located at the Ahoskie Inn, where 22-year-old Jairen Lyles of Aulander died and five others suffered gunshot wounds. A sixth individual suffered a leg injury while attempting to flee from the hail of gunfire, which began inside the bar according to Asbell.

He said his officers were dispatched at 12:54 a.m. Upon arriving at the scene, officers found a large crowd consisting of over 100 people outside in the parking lot of the Ahoskie Inn.

Asbell stated that the officers found Lyles lying on the ground.

After dealing with crowd control and securing the scene, officers determined that an additional six people were injured inside and outside of the premises. Asbell said some of the injured victims had left the scene on the way to the hospital.

“While at the scene trying to investigate the homicide, there were fights breaking out by people in the parking lot while law enforcement officers were trying to contain the scene and render help to those who needed it,” Asbell said in an interview on the Sunday following the shooting. “It was a chaotic crime scene with multiple guns as evidenced by the different types of gun casings found inside and outside of the nightclub.”

The shootings led to the closure of the Alaysia Bar & Grill, and its manager surrendered all operating permits, to include a license to sell alcohol, to North Carolina ALE (Alcohol Law Enforcement).

Asbell said the individual that managed the bar leased the space from the owner of the Ahoskie Inn.