LAFAYETTE, IN – Vernon “Butch” Levi Mansfield, Jr., 81, formerly of the Attica-Williamsport area and had been residing in West Lafayette, passed away at his home in West Lafayette on Monday, November 22, 2021 at 5:50 p.m. 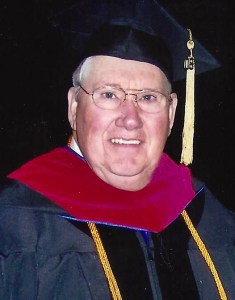 Vernon was born in Lafayette, Indiana on July 19, 1940. He was the son of the late Vernon Levi and Verna Mae (Long) Mansfield, Sr. He was raised in the Williamsport-Attica area, graduated from Williamsport High School in 1958. Following his graduation from school, Vernon enlisted in the U.S. Marine Corps and service from 1958 until his honorable discharge in 1961. He served in the Marine Corps reserves until 1968. At the time of his honorable discharge he had attained the rank of Sergeant. He later served in the Army National Guard.

During his life, Vernon worked for the Carolina Telephone & Telegraph Company for 33 ½ years, retiring in 1991. He later became a minister and served in North Carolina for several years before retiring and moving back to Indiana. He was a retired life member of the Rescue Squad in Ahoskie, NC.

Vernon was formerly married to Annie L. Forbes. She preceded him in death.

He was preceded in death by his parents, and a brother, James Mansfield.

Condolences may be sent online to www.mausfuneralhome.com.