GREENVILLE, NC – Lonnie “Lee” Askew, Jr.—a loving husband, devoted father, proud grandfather, true gentleman, and compassionate friend to all—left this Earth to join our Lord and Savior on October 20, 2021, surrounded by his loving wife, son, and mother in hospice. He was 69.

Lee was a man of great character, integrity, honor, and goodness. Lee was the definition of a southern gentleman.

Born April 18, 1952 in Gatesville, NC to Lonnie Lee Askew, Sr. and Judith Eason Askew, Lee was the oldest of four boys and was known by his brothers as “Number One,” a sincere sign of their deference and respect. Growing up in a loving family, being raised in a small-town, and working on the Askew family farm helped shape many of Lee’s most extraordinary values as a caring, honest, hard-working, and truly decent man. 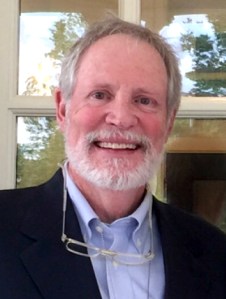 In 1972, Lee met his future bride, Denise Whitaker, on a blind date set up by his fraternity brother while in college at East Carolina University. The very next day she told her mother she had never met anyone like Lee before and was going to marry him. And two years later Lee and Denise did, in fact, get married and were happily so for 47 years—together totaling 49 years. Lee’s love, respect, and appreciation for his dear wife is one of his many lasting best trademarks.

Lee was the proud father of one son, Whitaker. He always told his son it was ok to spare him the details, but to just tell him enough to always make him proud. Lee was a strong and influential part of his son’s life always. Lee is his son’s hero. And the code of honor, respect, and integrity that Lee always lived by will be his lasting legacy passed on to his beloved son.

Perhaps Lee’s most treasured “honor” in life was being “Poppy” to his two precious granddaughters, Mary Chandler and Leighton. Lee subconsciously always wanted to have had a daughter, but instead he was blessed with two perfect granddaughters. He even “invented” a special language with his oldest granddaughter that only they could understand. And his youngest granddaughter named him a “warrior,” a badge he wore proudly throughout his battle with sarcoma cancer. He loved his two girls with all of his heart and soul.

Lee never met a stranger and could talk to any person, from anywhere, on any subject. And he often did. Lee had a special way of connecting with people that made them feel special. It was one of his many gifts and something he didn’t intentionally strive to do necessarily, but rather it just came naturally to him. A true sign of his character.

Lee always had a sharp “wit” about him and loved to tease. He subscribed to the old adage that you “tease the ones you love.” He teased a lot of people.

Lee deeply loved history. In particular, he was a Civil War and World War II buff. He also enjoyed learning about other cultures and trying to understand history with the hope future generations could learn from it. He knew of more random and worldly historical facts than most champions do on the television show Jeopardy. He loved a good political discussion. He was a compassionate conservative and was always open minded and respectful toward others’ views. There was no subject, issue, or historical event that Lee couldn’t carry on an engaging conversation about.

Lee was a lifelong sports enthusiast. In his younger days, Lee was quite the athlete. Though he carried the nickname “stick” while growing up (he was a tall, skinny kid), he was a North Carolina high school football “All-East” wide receiver, a lethal “bank-shot” shooting guard in basketball, a trusted first-baseman in baseball, and was a solid golfer and tennis player. Lee even managed to ski his way down a ski slope while his glasses fogged up in “white out” snow-storm conditions.

Lee had a deep affinity for the sea, and all that came with it. In his older years, one might even describe Lee as an “old salt” of sorts. If there was any indication for how much he enjoyed being on and around the water, it was his love of boats. In fact, he owned 9 of them during his adult life. Some people say B.O.A.T. stands for “bring out another thousand,” and while that might be true, Lee always found boat ownership to be rewarding…even when they were costing him money and strife.

He was an avid fisherman for many years and enjoyed floating on the rivers of North Carolina and offshore in the Atlantic trying to catch his own “white whale.” While he may have never caught the “big one,” Lee did manage to land a few fish in his day. Including “Old Blue Eyes,” a beautiful white marlin, and a 300 lb. bluefin tuna.

Lee was a Political Science major and graduate of East Carolina University in Greenville, NC. He went on to successfully complete National Graduate Trust School at Northwestern University in Evanston, IL.

Lee enjoyed a successful and diversified career as an agri-business operator, a trust banker, and a real-estate broker/developer. His work ethic, instincts, and “north star” guided him in his professional career. Lee never cut corners, always did the right thing for the right reasons, and always operated with honesty, integrity, and respect.

His memory will be cherished and kept alive by this adoring wife, Denise; his son, Whitaker; his daughter-in-law, Haley; his two granddaughters, Mary Chandler and Leighton; his mother, Judith; his mother-in-law, Janice Whitaker Turnage; and his three younger brothers, Keith, Paul, and John and their families.

His family wishes to thank the hospital staff, doctors, and nurses at Vidant Hospital Greenville and especially the Service League of Greenville Hospice House for their compassion and tender care for Lee during his last days battling cancer.

Friends and family are invited to celebrate Lee’s life by visiting with his family from 2 to 4 p.m. on Sunday, October 24, 2021 at Wilkerson Funeral Home in Greenville, NC, 2100 East Fifth Street. In lieu of flowers, please consider donating to the Sarcoma Foundation of America (www.curesarcoma.org).