JACKSON, TN – His life was full to the very end.

Northampton County native Dr. John Robert Jones spent the majority of his adult life making sure that others were enriched educationally.

Born and raised in Seaboard, Jones later served as the Director of Shaw University Center for Alternative Programs in Education (CAPE) in Ahoskie and Greenville. He then accepted the position of University Director of Community Engagement at Central Missouri State University. 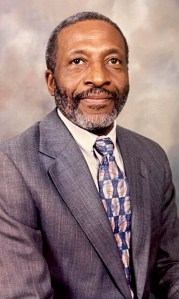 After graduating from Gumberry High School in 1962, where he lettered in basketball and was the MVP his senior year, he enrolled at Shaw University at the insisting of Dr. Melvin F. Broadnax and Rev. Dr. C. C. Staton, both graduates of that school. Jones graduated from Shaw in 1966 and headed to Nashville, TN, at the urging of his dear friend Sam Calvert, where he enrolled at Tennessee State University and graduated in 1967 with a Masters degree in Educational Guidance and Counseling. While in Nashville he met and married Aretha Hopson and to this union three sons were born.

From there, he and his family moved to Jefferson City, MO where he worked at Lincoln University and earned a doctorate of education degree from the University of Missouri. That was followed by a move to Stockton, CA to work at the University of the Pacific. There he endeared himself to the campus and community and received many awards and honors for his service, including a commendation from State Senators Geramendi and Roberti and proclamations from San Jaoquin County and the City of Stockton, CA.

The Pacific Ocean stopped him from going further west so he turned back east and returned to Missouri taking a position at the University of Missouri in Columbia, MO as the Director of Academic Assistance Program, Office of the Provost and Assistant Professor. After making his mark in the mid-west he came back east and took a position at St. Paul’s College in Lawrenceville, VA as the Vice President for Student Affairs.

Jones passed away at the age of 78 on Oct. 12 in Jackson, Tennessee. He returned home once again with funeral services being held on Friday, Oct. 22 in his native Seaboard at T L Faison’s Funeral Care. Burial was in Phillip’s Cemetery in Seaboard.