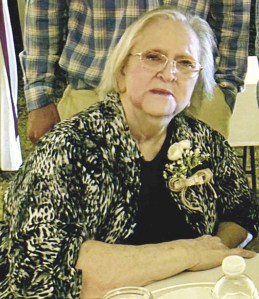 Mrs. Greene was born in Hinton, West Virginia on November 24, 1941, and was the daughter of the late Leo L. Jackson and Ruby Lively Jackson Parker. Raised by her grandparents, Maud and Frank Lively, she came to Suffolk, VA visiting family and met Orson Greene on a blind date set up by one of his friends who was dating her sister. She didn’t go back to West Virginia, and just two months later they were married, and recently celebrated their 61st wedding anniversary. Orson says, “It was love at first sight”.

In addition to her parents and grandparents, she was preceded in death by her daughter, Sharon G. Harrell in November of 2013.

A graveside service will be held Wednesday, October 20 at 5:00 p.m. in the Gatesville Cemetery and will be conducted by the Rev. Walter Byrum. With the resurgences of the Covid Virus in the area, no formal visitation is planned; however, friends may speak with the family at the graveside immediately following the service.

In lieu of flowers, memorial contributions may be made to the Gates Volunteer Fire Dept., 459 Gates School Road, Gates, NC 27937.