COLERAIN – Jean Charles Drake, 75, of Colerain, NC passed away peacefully at home in his favorite chair on October 17, 2021. 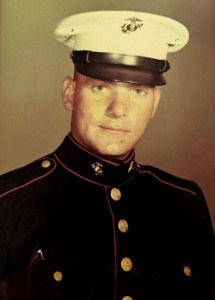 Born November 6, 1945 in Portsmouth, VA., he was the youngest son of John Carroll and Carrie Ralph Drake, who raised him with a Christian faith. He enjoyed an idyllic childhood in the Craddock area of Portsmouth where his father worked at the Naval Shipyard. A Christmas Day fire in 1955 burned their home and forced the family to relocate to Suffolk, VA. There he played varsity football and graduated from Suffolk High School before joining the U.S. Marine Corps in 1965. He served 4 years on active duty including a deployment to Cuba, a stint with the Marine Corps football team, and a participant on the National Rifle Team. During a shooting match in Port Clinton, OH in 1966, he met the love of his life Ann Marie Hurrell. They married 3 dates later in Monroe, MI on August 29.

Ann and Jean moved to Suffolk, VA, where Jean worked for the Virginia State Police, Chesapeake Sheriff Department, and later at Frederick Military Academy. In 1984 they moved to Ahoskie, NC where Jean chaired the Criminal Justice Department at Roanoke-Chowan Community College until his retirement to the shores of the Chowan River. He converted to Catholicism slowly over decades of attending mass with his wife, a devout woman. Football was his greatest devotion with hours spent at both his sons’ middle school, junior varsity, varsity, and college football games and practices.

He is preceded in death by his wife of 42 years, Ann Marie Therese Hurrell Drake; his parents; and both brothers, John Carroll Drake, Jr. and Frank Drake. Jesus said, “I go to prepare a place for you” —a quote that stayed with Jean for the rest of his life after a near-death experience in 1982.

Memorial contributions may be made to the Ann Drake Teaching Scholarship Fund at Chowan University, One University Place, Murfreesboro, NC 27855 or online by visiting tncfunding.com/ search fund, type-Jean Drake.

Garrett-Sykes Funeral Service – Ahoskie Chapel is handling the arrangements for the Drake family and online condolences can be directed to the family by visiting www.garrettsykesfs.com.