By Sandy Hurley and Bill Moss

Long a priority of North Carolina newspapers on behalf of the state’s citizens, improved access to public employee personnel records had been more aspirational than reality-based.

And now the state General Assembly stands on the verge of making the most important advance in the public’s right to know in recent history: the Government Transparency Act of 2021. 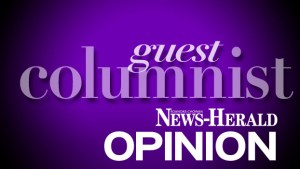 It’s historic because North Carolina state law has kept the public in the dark about state and local government personnel employee misconduct like almost no other state. Currently, North Carolina is in the bottom five states in the country when it comes to the taxpayers’ right to see basic records of disciplinary actions taken against state and local government employees — everyone from public school teachers and administrators to law enforcement officers.

Opening these records would hold state and local government more accountable by giving the taxpaying public a general description of the reasons for suspensions (with or without pay), transfers, demotions and terminations of public employees whose misconduct — from sexual molesting or assault of students by teachers to misuse of force by police officers — triggered the disciplinary action.

Legislative efforts have been under way for 25 years to make these records available, if for no other reason than to ensure confidence in government. And sure enough, the same groups that opposed this legislation from the outset — the state employees and public school teachers, and now the Teamsters Union — have blocked passage.

It’s unknowable how many public employees and schoolteachers actually endorse their lobbyists’ effort to keep personnel files secret. Our guess is that the vast majority of them — hard-working employees dedicated to their jobs and their communities — do not oppose unlocking the work records of those who give their profession a black eye through criminal activity, reckless action or indolence.

Now with the North Carolina Senate’s passage of the latest effort to advance this vital part of the public’s right to know — in the form of House Bill 64 — the North Carolina House of Representatives has a chance to make history. It can finish the job on this legislation by adopting the bill as drafted. And with HB 64 scheduled to be heard in the House this week — for what could be final passage — we urge North Carolinians to contact their House member and ask them to support the legislation. The bill would finally give taxpayers access to the disciplinary records they deserve to see, a right of access that has inspired confidence in government and been enjoyed by citizens in 40 other states for decades.

North Carolina’s taxpayers, after all, are the ultimate hirers and funders of rank and file local and state employees, their supervisors and the supervisors’ supervisors. Those taxpayers have a right to know what went wrong when one of their employees is shown the door.

Sandy Hurley, president of the N.C. Press Association, is the Group Regional Publisher of Mount Airy Media APG East TN/NC. Bill Moss, chair of the NCPA’s Legislative Committee, is editor and publisher of the Hendersonville Lightning.