GATES – An investigation by local and state law enforcement officials has led to the arrest of a Gates County man on 10 charges of sex crimes against juvenile females. 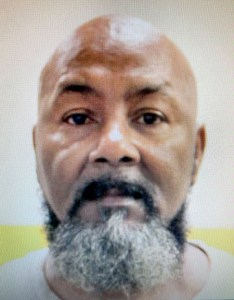 Harris is charged with four counts of first degree sexual offense involving a child, five counts of statutory rape, and one count of second degree rape. He is currently jailed under a $1 million cash bond.

According to court records, Harris is scheduled for a probable cause hearing on those charges during the Sept. 28 session of Gates County Criminal District Court.

Campbell said the initial investigation of Harris was initiated by the Gates County Sheriff’s Office. The case was then turned over to the North Carolina State Bureau of Investigation.

“We performed the initial round of interviews with the victims, who are now in their early 20’s but were in their early teens when these alleged sexual acts began,” Campbell said.

The Sheriff added that even though Harris is behind bars, the investigation into this case is far from over. He encouraged anyone with information regarding Harris to contact the Sheriff’s Office at (252) 357-0210.