He was the middle child of three children born to the late Sarah Vaughan and John Anderson in Menola, Hertford County, on February 28, 1926. He joined New Haven church when he was 11 years old and attended school in St. John where he met his future wife, the late Etta O. Hoggard. Three of their nine children preceded him in death: Mildred Connor, Thelma Vaughan, and Vickie Walker. 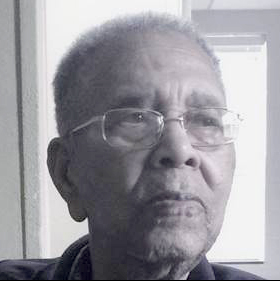 Jack and Etta were sharecroppers and both took on extra work when possible to support their family. Eventually, he begin working at the Box Factory and other industry jobs until landing a position of Equipment Operator with the Department of Transportation, where he retired over 20 years ago. Loving the outdoors, he then began picking up cans and cutting grass for the elderly and others around town.

Brother Andrew was a devout member of New Haven Missionary Baptist Church and Treasurer of the West Roanoke Missionary Baptist Association, Inc. He ushered for many, many years; taught Sunday School, served as Treasurer and Trustee and then as a Deacon. He was usually the first one to arrive, opening the doors; and he kept the church yard manicured until his untimely accident that rendered him wheelchair-bound and a resident of Accordius Health at Creekside in 2005.