WINDSOR – The Bertie High School football team has been placed into COVID-19 protocol after reports of positive tests of the virus.

Bertie Schools Superintendent Dr. Otis Smallwood confirmed that information on Monday. This follows the cancelation of this past Friday’s (Aug. 20) home opener where the Falcons were scheduled to host Elizabeth City Northeastern in a non-conference game. 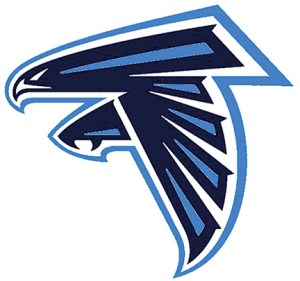 Smallwood told the Roanoke-Chowan News-Herald that all players and coaches of the team are currently quarantined.

“The protocol allows us three options: 7, 10, or 14 days of inactivity with the football program,” Smallwood stated. “We are in the 7-day option, which means the earliest we can allow the players and coaches to return to practice is Aug. 30. Any games scheduled between now and then are canceled.”

That means Bertie’s game at Edenton-Holmes slated for this Friday (Aug. 27) will not be played.

“We hope to be back on schedule by September 3 where we are scheduled to host Hertford County,” Smallwood said.

The Superintendent added that once a COVID-19 case is reported within an athletic team, the school’s Athletic Director is notified followed by informing the school principal and then the Central Office of the county’s school system.

“That then leads to the local health department being notified at which time the contact tracing begins per the guidance of the Strong Schools NC Public Health Toolkit. All of that protocol was followed and immediately implemented,” Smallwood remarked.

He added that the contact tracing includes family members and friends of the football players and staff as well as anyone they came in close contact with.

“It was good that the staff was immediately notified after the first positive test was reported and the contract tracing began to ensure the safety of all students and staff,” Smallwood concluded.

With the exception of the Early College High School, which began classes on Aug. 17, students and staff of all other Bertie County Public Schools started their new year today (Monday).