NEW BERN – Eric Laneil Beale, 41, of Murfreesboro was sentenced here today (Tuesday) to 92 months in prison for interference with commerce by robbery and brandishing a firearm in connection a crime that occurred in 2019 at a Conway business.

Beale pled guilty to the charges on March 9. 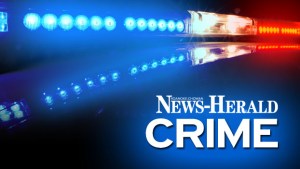 According to court documents and statements made during hearings, on January 10, 2019, at around 6:30 p.m., two men holding guns ran into the Park N Shop convenience store, located at 210 East Main Street in Conway. One man went to an employee who was working behind a deli counter, grabbed her by her shirt, and pushed her to the front counter with the gun against her head. The other man went behind the front counter and grabbed the money from the cash register. Both men then fled on foot.

Law enforcement began searching the area. One officer noticed a man, later identified as Beale, crouching behind a parked car. Beale, still crouching as if trying to not be seen, then walked over and got into the driver’s seat of another car that someone had just parked and stepped away from. The officer ordered Beale out of the car and detained him. A pat down uncovered twenty stacked $5 bills in Beale’s front pants pocket, and Beale admitted that he was involved in the robbery.

At the police station, Beale confessed to going into the store and committing the robbery, identifying himself as the man who had collected the money. He directed officers to an abandoned building near a cemetery, where officers recovered a .380 caliber Hi-Point handgun, a plastic bag containing the rest of the stolen money, and the blue pants and burgundy sweater that he had worn during the robbery.

Law enforcement later identified Beale’s accomplice as co-defendant Isaiah Vaughan based on a distinctive tattoo visible on the surveillance video.

Vaughan pled guilty to the same charges on June 8, 2021, and is scheduled to be sentenced during the Court’s October 2021 term.