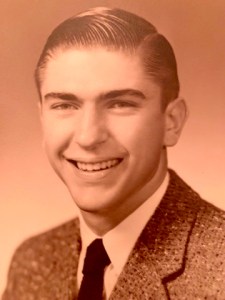 Larry was born November 9, 1936, in Hot Springs, Arkansas to the late Norman R Hawley and Margaret Steckle Hawley. An Eagle Scout, he was a 1955 graduate of Cordele High School in Cordele, Georgia where he ran track. He went on to the University of Georgia where he joined the track team there, Phi Delta Theta fraternity, and Air Force ROTC. After graduating in 1959, he completed his commitment to the Air Force on Fire Island, Alaska before moving back to the Southeast. His early career in forestry eventually took him to eastern North Carolina. In 1974 he took a position with Georgia Pacific in Ahoskie where he moved his family. After a number of years, he moved on to found Hawley Forestry and Real Estate Company in Murfreesboro, North Carolina. He maintained that office on Main Street in Murfreesboro until he retired in 2016. He is a former member of both First Baptist Church of Ahoskie and Meherrin Baptist Church in Murfreesboro.

Larry was very proud of his three children who knew him to love a good joke, to tell a good tale, and support his Georgia Bulldogs. They also appreciated his common-sense advice which he offered when asked.

A celebration of life was held on Saturday, July 31, 2021 in the Chapel of Bryant Grant Funeral Home in Franklin, North Carolina where he spent several years in his early childhood, where his parents spent their retirement years, and where many happy memories were made. He was buried beside his parents in the Woodlawn Cemetery in Franklin.

In lieu of flowers, the family requests that donations be made to the GCDC Initiative to benefit Eckerd Living Center where he received excellent care over the last five years (250 Hospital Drive, Highlands, North Carolina 28741).

Bryant Grant Funeral Home and Crematory is serving the Hawley family. Online condolences can be made at www.bryantgrantfuneralhome.com