GARYSBURG – Northampton County’s Economic Development Director, Franklin Williams, is speaking out about a recent CNN article which he said didn’t tell the full story about the county and one of its local businesses.

The article, entitled “How marginalized communities in the South are paying the price for ‘green energy’ in Europe” was published on CNN’s website on July 9. It focused on potential impacts of using biomass (wood pellets) as a renewable energy source, and more specifically, looked at the impact from an Enviva facility located in Garysburg. 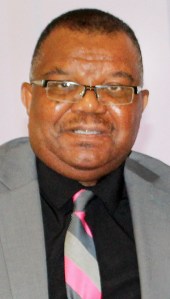 Enviva, a company which produces wood pellets that are then often shipped overseas to be used as a low-carbon alternative to fossil fuels, has facilities located throughout the Southeastern United States, including four locations in North Carolina.

According to the CNN article, the European Union’s shift from fossil fuels to renewable energy sources began in 2009. Biomass was included as one of those renewables, and subsequently increased demand for wood. Trees harvested from the southern part of the United States became the primary source of Europe’s biomass.

Along with examining whether or not the use of biomass is a “carbon neutral” energy source, the CNN article also interviewed a few people who live near the Garysburg Enviva plant to explore the potential impacts on a rural, mostly-minority community.

Some of the people interviewed spoke of health concerns, such as asthma and heart conditions, stemming from dust and pollution from the plant. The article did point out, however, that health problems in the community have not been directly linked to Enviva and other similar facilities in the county which are required to have air quality permits to operate.

Other neighbors complained about the noise from the facility which operates 24 hours a day, and some said Enviva has not been a great benefit to the community.

These points in particular are what Williams challenged after he was briefly mentioned in the CNN article saying that “inviting them (Enviva) in had drawbacks” even though he also applauded the company’s outreach efforts.

Williams penned a letter in response to the CNN article. It reads as follows:

“As a leader in Northampton County, North Carolina, I am extremely disappointed to read a recent CNN article entitled ‘How marginalized communities in the South are paying the price for “green energy” in Europe.’ The article portrays our county, and one of the industries operating in it, in an incredibly negative light – contrary to the truth on the ground.

“Yes, our county has challenges – all communities do – but the article neglects to mention the great work that has been happening locally and depicts one of our proud local businesses – Enviva – as reckless and inconsiderate of its neighbors.

“Northampton County has made great strides in recent years – we have a long way to go to get where we want to but each day, each week, the lives of county residents are getting incrementally better. Attracting businesses is vitally important to our work and growth.

“Your recent article portrayed Enviva as a negative part of our community and one intent on doing harm. First, Enviva is well respected in Northampton County. They work with all segments of the community to support the needs of their neighbors. Second, the forest products industry is a vibrant part of our economy – your article failed to recognize this and the very important role Enviva plays by purchasing excess or low-grade wood fiber. Third, the State of North Carolina has installed air monitors in the vicinity of Enviva and those monitors demonstrate that contrary to your story the air in Northampton County is healthy. Publishing a story leading your readers to believe our air is unhealthy could be detrimental to our long-term growth and efforts to improve our county.

“Your recent story left out many of the facts and replaced them with opinions from just a few individuals. Northampton County has a great story to tell – it’s unfortunate that you decided not to tell it.”

The News Herald reached out to Enviva to get additional information about the concerns raised in the CNN article. Their response will be included in the second part of this series, which will publish on Wednesday, Aug. 18.