WINTON – A local man who had eluded arrest for over two years is behind bars here in the Hertford County Detention Center following his arrest in Arizona.

Hertford County Sheriff Dexter Hayes said White was arrested July 17 near Tucson, AZ where he was detained on a fugitive warrant. 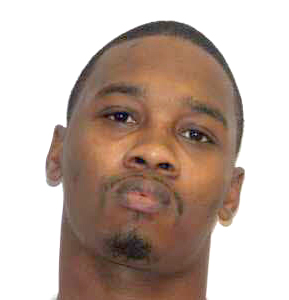 Following the extradition process, White was picked up on Aug. 4 by HCSO Sgt. Chase Oliver and agents with the North Carolina State Bureau of Investigation and flown back to Hertford County.

In that incident, White and co-conspirators Brian Kenton Valentine and Tracey Lamont Mitchell, both of Ahoskie and both arrested in November of last year, allegedly entered a residence located on NC 45 just south of Harrellsville where they bound and gagged a teenage male. The trio then stole several items before setting the house on fire. The home was a total loss while two vehicles parked at the residence suffered damage from the fire.

The victim managed the free himself and fled the burning home. He was not injured.

In that case, White, Valentine, and Mitchell are accused of entering the home where they tied up a man and woman before stealing six firearms.

For his part in the Bertie County crime, White is charged with first degree burglary, robbery with a dangerous weapon, felony larceny, first degree kidnapping (two county), six counts of larceny of a firearm, and possession of a firearm by a felon.

Valentine and Mitchell are also accused of attempted murder in Gates County. That crime was committed on Oct. 7, 2020.

Additionally, Valentine and Travis D. Smallwood of Ahoskie were arrested and charged last year with allegedly forcing their way into the home of an elderly Ahoskie couple on Early Station Road on Feb. 17, 2019 and committing assault and robbery of firearms and other items.

Smallwood also stands charged in a Nov. 3, 2016 home invasion on Rockpile Road near Powellsville. He was served those arrest warrants on March 2 of this year which charged him with first degree burglary, first degree kidnapping, robbery with a dangerous weapon, attempted first degree murder, assault with a deadly weapon inflicting serious injury, three counts of safecracking, larceny of a firearm, larceny of a motor vehicle, and burning of a building.

In that particular case, a female resident was bound, gagged, and beaten severely about her head and face.