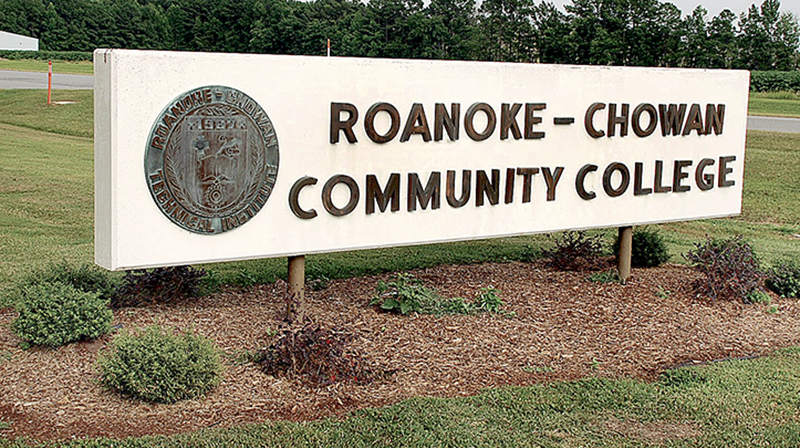 AHOSKIE – Three months after assuming the role of President here at Roanoke-Chowan Community College, Dr. Murray J. Williams has spent the majority of that time rectifying problems that preceded her arrival on campus.

Topping the list of problems is a recently concluded investigative report by the office of Beth Wood, State Auditor (OSA). The OSA had received 15 allegations concerning RCCC. The OSA determined that a significant number of allegations questioned the appropriateness of operational and management decisions. Wood’s office focused its investigation on fraud, waste, and abuse allegations through an audit of financial records as well as conducting interviews with former and current personnel at the college.

It was noted at the outset of Wood’s report that RCCC had two interim presidents from August 2019 to April 2021. The college was also without the services of a Chief Financial Officer (CFO) for much of that same period of time.

The investigation revealed that between August 2019 and August 2020, the college issued 2,644 checks totaling $10,305,204 with invalid signatures. As a result, the OSA noted an increased risk of fraud for the college.

The report noted those checks bore the digital signatures of the former President and former Controller, even though they were no longer employed by RCCC. The college President’s name on each of those checks had resigned effective July 31, 2019 while the Controller resigned Sept. 30, 2019.

“The checks with invalid signatures were issued and not detected because the college did not have policies and procedures in place to detect that the checks contained signatures of former employees. The college’s policy requires signatures of the current President and CFO on checks issued by the college,” Wood wrote in her report.

Wood went on to say that, “according to the former interim President, she did not fill key roles critical to the college’s financial operation.”

“Upon my hire in May 2021, I was made aware of the past issues and the progress made in rectifying the issues,” Dr. Williams told the R-C News-Herald this week. “One of the primary steps taken prior to my arrival was hiring a vice president of administrative services to oversee the functions of the college’s business office.

“Since my hiring, I have made rectifying these past financial challenges one of my primary goals during the first year of my tenure. The vice president of administrative services and I continue to work together to address the issues of the past and to develop processes to strengthen internal controls moving forward,” Dr. Williams added.

The second major finding by the state auditor’s investigation was the college, between February and May of last year, overpaid the salary of three employees. As a result, the college incurred unallowed expenses of $45,008 that could have been used for business purposes.

“These overpayments occurred and were not detected because of a lack of oversight by the former interim President,” Wood wrote in her report. “The college’s policy stipulates that employees are to be paid the monthly salary included in their employment contract.”

Wood noted all three employees were paid for two positions at the same time – (1) their former position and (2) their new position. When the employees were placed into the new position in Colleague, the college’s Human Resources System, they were not automatically or manually removed from the old position. Therefore, they received the salary for both positions.

Wood said the employees were not required to repay the overpayments once it was brought to the former interim President’s attention.

“She [former President] stated that she did not require repayment because the overpayments were the college’s mistake,” Wood said.

Wood added that according to the former interim President, the Human Resources Director at the time of the payments lacked experience and was not familiar with Colleague.

“Despite knowing the Human Resources Director lacked experience, the President did not put any protocols in place to ensure there were no errors in the personnel and payroll processes,” Wood noted in her report. “The former interim President said she was made aware of the errors in March 2020. However, the employees’ salaries were not corrected until May 2020.”

Dr. Williams said the college is currently taking steps to recover the unallowed salaries cited in the audit report. In addition, she said the Human Resources office now reports directly to her instead of the vice president of administrative services to ensure presidential oversight of that office.

The final major infraction noted in the OSA report involved late contributions (from November 2019 to May 2020) to the State Retirement System after the deadlines had passed. As a result, RCCC incurred $3,564 in late penalty fees.

Wood added that according to the former interim President, key positions, critical to the college’s financial operation, were not filled with experienced staff. Specifically, the position responsible for submitting the retirement contributions was vacant and was later filled by an employee with no experience.

The Assistant Controller position is responsible for processing the college’s payroll and submitting the contributions to the State Retirement System. This position was vacant from July 2019 to January 2020.

Wood recommended the current college President should ensure key positions are filled timely with qualified employees and ensure the college submits its retirement contributions to the State Retirement System timely.

Dr. Williams noted that ensuring the timely submission of retirement payments is part of a series of new processes that are currently in place. Others include making sure that all checks written by the college have valid signatures, ensuring that all salaries given to employees are allowable, and ensuring that vacant positions are filled in a timely fashion with qualified employees.

“Since May 2021, the college’s administration has put internal controls in place and we will continue to monitor those internal controls to ensure that they are providing the necessary checks and balances for present and future financial accountability,” Dr. Williams stressed.

“As president, I want to thank the Board of Trustees for entrusting me with this opportunity to build a stronger Roanoke-Chowan Community College. The college values public accountability and operates with transparency,” she concluded.