KENNER, LA – Michael Franklin Seidemann, Ph.D., mentor and teacher to a generation of audiologists, speech pathologists, and physicians, died at his home in Kenner, Louisiana, on July 23, 2021. Dr. Seidemann was, in his post-educational career, a forensic expert in hearing loss and noise litigation. Known for his coolness under fire and his steadfast adherence to his ethical and moral principles, Dr. Seidemann was respected both by his peers and by members of the legal profession. 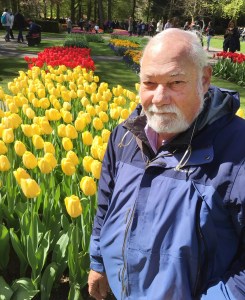 Though wholly embracing his adopted hometown of New Orleans, Michael was born in the Bronx on May 12, 1946 to Dr. Irving and Mrs. Nora Cantor Seidemann. Michael grew up in Scarsdale, New York, with his sister Susan, graduating from Roosevelt High School at the age of 16 in 1963. Dr. Seidemann completed a bachelor’s degree in psychology at Old Dominion University in Norfolk, VA. While an undergraduate, Michael met and married the love of his life, Diane Martin of Murfreesboro, N.C., in Norfolk in 1967. Michael went on to complete a master’s degree in audiology at Old Dominion in 1969 and a doctor of philosophy in audiology at Florida State University in 1973.

Dr. Seidemann was hired by Tulane University’s School of Medicine prior to the completion of his Ph.D. to become an assistant professor in the Speech and Hearing program. In 1975, Dr. Seidemann moved to Louisiana State University’s Medical Center in New Orleans as an assistant professor, where he quickly ascended the hierarchy as a result of his clinical and research excellence, evidenced by hundreds of professional presentations and dozens of peer-reviewed research papers—to the position of full professor in the Departments of Communication Disorders and Otorhinolaryngology and Biocommunication. Dr. Seidemann also presided as the chairman of the Louisiana Board of Examiners for Speech Language Pathology and Audiology in the late 1970s and tirelessly worked on revamping the state’s laws of practice for those professions at the Legislature—an effort signed into law by then-Governor Edwin Edwards.

While a professor at LSU’s Medical School, Michael and Diane welcomed the birth of their son, Ryan, in 1975, and their daughter, Erin, in 1980. As Dr. Seidemann transitioned from an educational career to a clinical practice, he also developed a consulting practice in forensic audiology—one of few in the nation. In 1985, Dr. Seidemann left education altogether and took a position as the Director of Hearing and Speech at New Orleans’ Eye, Ear, Nose, and Throat Hospital on Elk Place downtown.

Throughout his years at LSU and in clinical hospital practices in the New Orleans area, Dr. Seidemann continued to cultivate his forensic and industrial private practice. In the early 1990s, Dr. Seidemann had grown his company, Audiological Associates, Inc., into an entity that could survive on its own, allowing him to leave full-time clinical practice for a more varied career that included consulting with River Parish industries on their hearing conservation programs, clinical work to help companies comply with OSHA hearing protection and conservation standards, and forensic work that ranged from ensuring compliance of railroads with hearing conservation requirements, federal safety protocols, noise pollution matters, to hearing loss litigation.

In his professional career, Dr. Seidemann served as an officer or director of various local, regional, and national organizations, including the Louisiana Speech and Hearing Association, the American Speech-Language and Hearing Association, the American Audiology Society, the Society for Ear, Nose, and Throat Advances in Children, the Bright School for the Hearing Impaired, and the Louisiana Committee on the Prevention of Developmental Disabilities. During this time, Dr. Seidemann also secured two patents from the United States Patent and Trademark Office as the lead inventor of a novel method of measuring the efficacy of hearing protection devices.

Through all of his professional accomplishments, Michael maintained a strong and rewarding family life. This included helping Diane to complete her graduate education and seeing to the education of both of his children.

In his personal life, Michael was a loving and doting husband, father, and grandfather known to enter his classic cars in local Mardi Gras parades to give his family an insider’s perspective on this holiday. Michael was a 20-plus year veteran of the Krewe of Bacchus, ascending to the rank of riding lieutenant. Michael ultimately retired from Bacchus to focus first on learning the art of glass blowing and then on maintaining his ever-growing car collection. Michael amassed a collection of cars ranging in models produced from 1896 to 2007 and could often be found maintaining or driving anything from a hotrod to a classic Corvette to a 1909 Cadillac. For the past ten years, Michael and Diane, often accompanied by their daughter, Erin, would drive the 60-mile London-to-Brighton Veteran Car Run, wearing period costume, in his 1903 Oldsmobile.

This full life sadly came to an abrupt halt in early 2020 upon Michael’s diagnosis with anaplastic astrocytoma, a terminal form of brain cancer. Though putting up a tough fight through surgery and treatment at M.D. Anderson in Houston and Tulane Cancer Center in New Orleans, Michael ultimately succumbed to the ravages of the disease in the early hours of July 23, 2021. He was interred at a private ceremony at Metairie Cemetery in New Orleans.

Michael is survived by his loving wife, Diane; his son, Ryan and his wife, Ericka; his daughter Erin, his granddaughter Elizabeth Seidemann, and his namesake grandson, Michael Seidemann. He is also survived by his sister, Susan Seidemann Lorincz, M.D., and her husband, Dale Lorincz. He will be deeply and sorely missed by all who knew him.

In lieu of flowers, the family respectfully requests that Michael be remembered through donations to brain cancer research at M.D. Anderson in a fund established in his name at the following link: https://secure3.convio.net/mdacc/site/TR/DIY/General?px=1411744&pg=personal&fr_id=1473.