BOYKINS, VA – A man who fled police after a traffic stop in Murfreesboro in June is now in custody.

Duane Boone, 30, of Pendleton was captured on July 24 in a joint effort by Boykins Town Police and the Southampton County Sheriff’s Office, both located across the state line in Virginia. 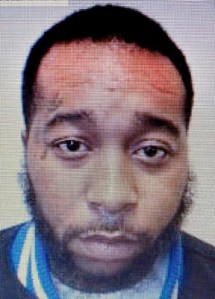 “I basically tried to make a traffic stop on a vehicle for a speeding infraction, and as soon as the vehicle stopped, the passenger bailed out and ran into the woods out here in Boykins onto Pinecrest Drive,” said Boykins Town Police Sgt. George Brozzo in an interview with The Tidewater News. “Through the course of the investigation, talking with the driver, I was able to determine that (the passenger) was wanted out of Murfreesboro for some gun charges.”

After a few hours, the Southampton County Sheriff’s Office K-9 unit was able to track down Boone, who then surrendered without incident.

Boone had warrants out on him for possession of a firearm by a felon and resist/delay/obstruct, both charges stemming from an incident in Murfreesboro several weeks ago.

As previously reported by the News Herald, Boone was the passenger of a vehicle traveling on North Wynn Street on the morning of June 23. A Murfreesboro Police Officer was working radar at the time, and performed a traffic stop for speeding. Once stopped, Boone then exited the vehicle while carrying a rifle-style pistol, and then fled into the woods.

MPD led a search but were unable to apprehend Boone at the time. They did, however, recover multiple items dropped during the chase, including the weapon.

Griffith told the News Herald this week that Boone was booked into the Hertford County Jail under a $200,000 bond.

“He is innocent until proven guilty. However, my investigators worked hard on this case and I place a tremendous amount of faith in the work they do,” Griffith stated. “I’m happy he’s incarcerated and will be held responsible in a court of law.”