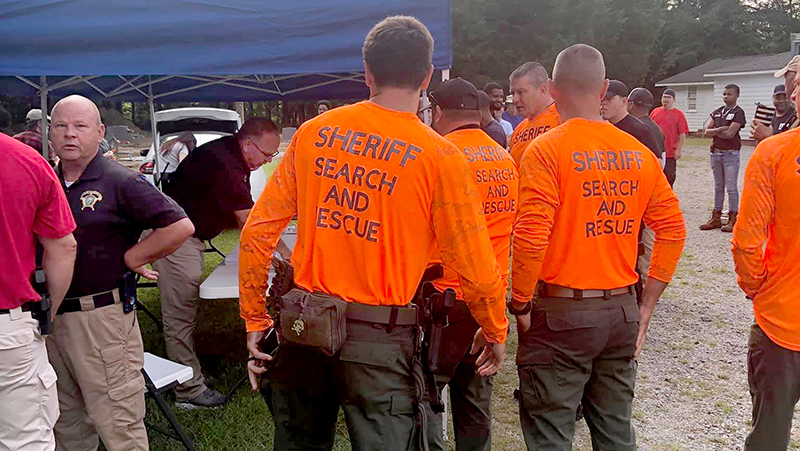 Search teams gather to learn of their assignments just prior to the start of Monday morning’s event on Cumbo Road in Northampton County. Contributed Photo

JACKSON – While the latest search for a Northampton County man missing for 10 years failed to yield any clues, his family remains hopeful that the effort is heading in the right direction.

On Monday of this week, numerous search teams volunteered their time to join with local, regional and state law enforcement officials to seek evidence related to the June 16, 2011 disappearance of Daniel Moses. The search area was confined to Cumbo Road, near where Moses (age 61 at the time of his disappearance) lived in the Rehoboth community, located between Rich Square and Jackson. 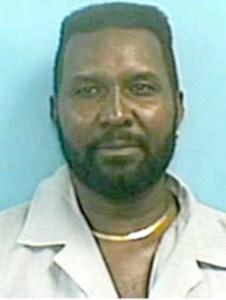 The day he vanished, a fire destroyed his home. Both of his vehicles and his motorcycle were still on the property.

Two previous searches over the years in the same general area did not produce results. However, this week’s effort, despite the immediate absence of clues, gave Shelia Moses, the sister of Daniel, some measure of hope.

“They [law enforcement] have a reason behind their decision to expand their search to this particular road, one that wasn’t included in the previous searches,” she said.

Ms. Moses said Monday’s search did reveal what appeared to be a shallow grave, but that turned out to be a mound of dirt.

“They also found a shoe in an odd place, but it was a child’s shoe, not one that would fit an adult,” she said.

With the passage of 10 years, Shelia Moses is keenly aware of what the outcome will be once her brother is located.

“We realize the chances of finding him alive are extremely low,” she stressed. “All we want are his remains so we can give Daniel a proper burial. We just want to bring him home.

“Our family appreciates all who were out here today searching for Daniel. There were folks from all across our state here today and plans have been made for them to come back and expand the search here,” she concluded.

“No area is off limits to our search for Mr. Moses,” said Northampton County Sheriff Jack Smith. “We continue to follow up on any leads we receive in this missing person case. If that information takes us back to Cumbo Road, then you can rest assured that we will be back there.

“We will never close any of these types of cases out as we continue our efforts to bring some closure to the families of those reported missing here in our county. We understand their sorrow, their grief, as they agonize over their missing loved ones. We will not leave any stone unturned,” Sheriff Smith closed.

Walter Brown, Assistant Special Agent in Charge for the North Carolina State Bureau of Investigation, was among the team of searchers on Monday.

“We have obtained some additional information that identified other areas to search,” Brown told the R-C News-Herald on Monday. “By working closely with the Northampton County Sheriff’s Office and the county’s Emergency Management office, we were able to gather several agencies together for today’s search.”

Brown was asked about the obstacles facing those who deal with cold cases such as this one.

“The biggest challenge with investigating cold cases is that people’s memories change over the years. You just have to deal with that and move forward, inch by inch,” he said.

When asked about the next steps in the Daniel Moses case, Brown stated, “investigators have some additional leads to pursue that we’re not prepared to discuss at this point.”

The Moses family and the State of North Carolina are jointly offering a $15,000 reward for information that will lead to Daniel’s whereabouts. Anyone with information can call the Northampton County Sheriff’s Office at 252-534-2611 or the NC State Bureau of Investigation at 800-334-3000.

In July of last year, personnel with the SBI, Northampton County Sheriff’s Office, and Gaston Fire & Rescue used new equipment to search old wells located near where Daniel Moses’ house used to stand. Gaston Fire & Rescue Department volunteers brought their underwater cameras to drop down into the wells to search for human remains that cadaver dogs may have potentially missed.