EURE – The Gates County Board of Commissioners will soon have to replace one of their colleagues.

Commissioner Jonathan A. Jones, who represents the Eure district, announced plans on Sunday night to resign his seat. 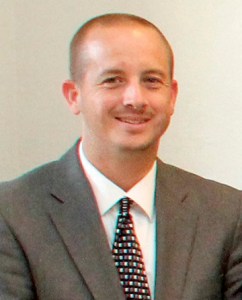 In a video on his Commissioner Facebook page, Jones stated due to some ongoing health concerns and the importance of spending time with his young daughters and family, he would be relinquishing his seat. He stated he will be waiting until the end of September to step down to give the county’s Democratic Party time to work on his replacement and to also have his voice heard regarding the possible transfer of the Community Center over to the county. The commissioners recently met with the Gates County Board of Education regarding that potential transfer as the Community Center is currently operated by the Gates County school system.

Jones was elected to a four-year term in November 2018. That term expires in December of next year.

“I love Gates County, but my kids and family come first,” Jones said in the Facebook video. “When I ran in 2018, I ran to take a bigger role in making Gates County even better than it was. I heard people say they didn’t know what was going on in the county or issues that they had with the county. I promised from day one to be transparent with everything that was going on and explaining the way I voted [on motions put before the board].

“It’s never been about me, it’s been about you guys…the citizens of Gates County,” Jones continued. “All I did was pass along information to you or put you in touch with the people you needed to talk to to get your problems solved.”

He added that he stands firmly behind every decision he had to make as a Commissioner since being elected in 2018.

“Serving comes with sacrifice,” Jones noted. “Over the past couple of months I left [family] events early to get to a budget workshop. I missed a meeting last week to attend Claire’s (one of this three daughters) softball game. My girls are growing up quick.”

Jones mentioned the fact that he was positively tested for the COVID-19 virus in September of last year.

“There have been some lingering effects [since that time],” he explained. “After my last visit my cardiologist told me I needed to get rid of some stress. It’s time for me to do so.”

Jones stated that he gives 100 percent to every task.

“I can no longer commit 100 percent to this role and that’s not fair to you [county citizens],” he said. “It’s time for me to look out for me for a change and have time for my family.

“It’s been an honor and privilege to serve you. This may not be the end for me, but it’s the end for now,” Jones concluded.

North Carolina General Statute 153A-27 outlines how a vacancy on a county board of commissioners is handled. Since Jones was elected as a Democrat, his board colleagues will consult with the executive committee of the Gates County Democratic Party. Any person considered to replace Jones on the board is required to a registered member of the Democratic Party and also must have a permanent residence within the Eure district.

Upon the county’s Democratic Party’s executive committee selecting a person to fill Jones’ seat, that individual’s name is presented to the county commissioners. Per the state statute, the four remaining commissioners are not bound by the committee’s recommendation as they have the final decision in appointing the replacement.