CONWAY – Ricky Marvin Lanier, 67, of Conway NC, passed away July 20, 2021. Ricky was born April 10, 1954 to Marvin and Dorothy Lanier. He was a graduate of Northampton County High School and was retired from Union Camp/International Paper and Commercial Redi-Mix. He was an avid fisherman and a member of the Bronco Rod and Gun Club. 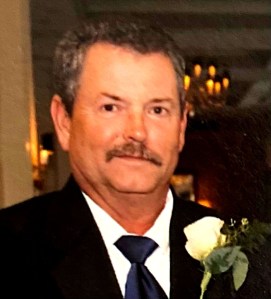 He is predeceased by his parents; brother, Charles Lanier; and sister-in-law, Janice Lanier.

Left to cherish his memory are daughter, Lindsay L. Calabro (James) of Tallahassee, FL; son, Ricky M. Lanier II (Lindsay) of Franklin; and daughter, Betsy L. Holt (Josh) of Moyock NC; grandchildren, Elizabeth and Avery Calabro of Tallahassee, Rylan Holloman of Franklin, and Cuyler, Elyjah and Brynley Holt of Moyock; a brother, Stancil Lanier of Franklin; and sister-in-law, Carol Lanier of Conway, NC; and many nieces, nephews and cousins he thought dearly of.

Private burial will be at Creeksville Baptist Church at a later date. The family suggests any memorial donations may be made to a favorite local charity or the Bronco Rod and Gun Club.