RALEIGH – Roanoke-Chowan Community College officials did not properly conduct financial reporting, which led to inaccuracies and a risk of fraud, a new state audit shows.

The community college administration failed to reconcile payroll changes and bank accounts and to properly maintain financial and personnel records, according to a North Carolina Office of the State Auditor audit released July 9. 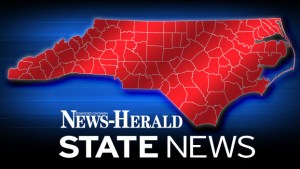 As a result, the Ahoskie-based community college issued unsupported pay increases to employees and was late with federal reimbursement requests. The college also had to contact outside consultants to help fix its financial records.

The state auditor office said the issues were caused by a lack of oversight by the college’s board of trustees and mismanagement by college officials.

Auditors reviewed records for fiscal year 2020, which started July 1, 2019, and ended on June 30, 2020. Records revealed the college did not complete reconciliations and reviews of payroll changes during the year. College officials also did not reconcile bank accounts between October 2019 and June 2020. They failed to maintain or complete documents related to personnel records, payroll contracts, revenue receipts and federal reimbursements.

The college issued $45,000 in pay raises that were unsupported as a result. Independent consultants identified understatements of more than $1.5 million in cash and cash equivalents, $1.4 million in revenues and $72,300 in unrecorded expenses. The college also did not request on time $291,755 from the federal government for partner programs.

The auditor’s office said the mismanagement of records made the college susceptible to fraud, which could have gone undetected. It also could lead to a shortage in cash, auditors said.

The lack of oversight also meant audit and external consulting costs could increase, the state auditor’s office said. The office recommended more oversight and monitoring of records and procedures. The audit directed the college to train staff and to create a year-end financial comprehensive review plan.

Since the audit, the RCCC Board of Trustees has hired Dr. Murray J. Williams as its president. The college also filled key positions related to financial oversight in response to the audit. It updated job descriptions and added an extra layer of job candidate screening.

In a June 30 letter to State Auditor Beth Wood, Williams said the college concurs with the findings in the audit and the subsequent recommendations. Williams’ letter further outlined a detailed corrective action plan and is working to implement all of the audit’s recommendations.