JACKSON – Charles Tyner, who currently serves as both the Board Chair of the Northampton Commissioners and the Interim County Manager, announced at their meeting here on July 7 that their USDA Rural Development loan had been officially approved.

The funds, which total $4,992,000, will be used for the Phase 6 water expansion project which has been in the works for the past few years.

Over 200 households will be added to the county’s water system during Phase 6. Most of those roads are concentrated in the northeastern part of the county, but there are also two near Lake Gaston. 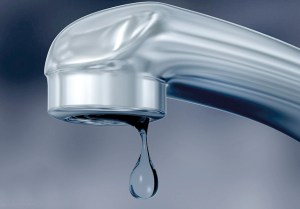 Last month, the commissioners approved a Letter of Conditions from the USDA as a final step to loan approval. According to that letter, a budget breakdown of the project includes over $3.6 million of those funds will go to construction costs and another $608,000 will be allotted for engineering fees. Legal services, easement acquisition, contingencies, and capitalized interest (interim financing) make up the rest of the projected expenditures.

The loan is scheduled for repayment over a 40-year period, with the first payment being due following the completion of the project. Tyner announced at the July 7 meeting that the interest rate would be at 1.5 percent.

Tyner also said they would be putting the project out for bids soon, and he hoped they would even be able to expand the project even further to reach houses that are within a mile or so of the new lines. He also estimated the Phase 6 expansion would take less than the three-year projection stated at last month’s meeting, but didn’t specify an updated timeline.

“We are moving forward. People will receive water,” he concluded.