Bertie ABC Board to remain at three members

The Bertie County Board of Commissioners took up that discussion at their scheduled meeting here July 7. The current ABC Board is comprised of three members, each appointed by the commissioners who have the authority to expand that board’s membership. 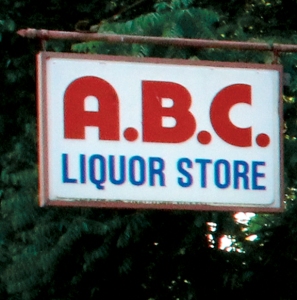 Michael Freeman, the current chairman of the Bertie County ABC Board, said that entity once operated with five members.

“That was until we closed some of our stores, at which time it was suggested we have a three-member board,” Freeman recalled.

Commission chair Tammy Lee asked of the benefits of going three to five members. Freeman replied that was due to the current discussion by the ABC Board about expanding the number of stores in the county.

Currently, the Bertie County ABC Board operates one store, located on US 13/17 South, Windsor.

“If there’s not some strong benefit, why would we increase it [number of board members],” asked Commissioner Ronald Wesson. “If in fact we decide to expand [number of stories], then that’s the time to consider it. But why now? Everything seems to be operating now very well.”

“Even if you do expand, how will having two more board members help,” Commissioner Greg Atkins asked

Lee said she saw this as an opportunity to expand the board’s diversity. The current board is comprised of three males.

“We do have a female waiting in the wings,” Lee noted. “She would offer some diversity on that board.”

“Yes, I’m aware of that individual; I nominated that person back when there an opportunity, but this board [commissioners; by majority] did not choose to do that,” Wesson stated. “We still have that opportunity wherever there’s an opening on the [ABC] board, but add to that board now, unless there’s some compelling reason to do so, makes no sense to me. It’s like throwing away money.”

Freeman claimed that when he was initially appointed to the ABC Board, there were some serving at that time who could not comprehend a financial statement.

“I guess it was politics that put them up there,” Freeman said. “So, if you do decide to expand that board, please make sure they’re qualified. This board deals directly with the finance of the ABC system, which in turn gives the county the profits. So you have to be able to read the numbers.”

“Ya’ll seem to be doing a good job to me,” Atkins stressed.

“Is there a burden on you three guys,” asked Commissioner Ron Roberson.

“If your board feels the need later to expand, you can come back to us and ask; we can take a look at that then,” Lee said as the discussion closed without the commissioners taking any action.