Someone else will clean up the mess

I write this letter because of the inspiration I got from a four column editorial in the Daily Reflector on June 29th. Its primary purpose was to deal with the production of electric power {renewable energy} in North Carolina in the years to come. 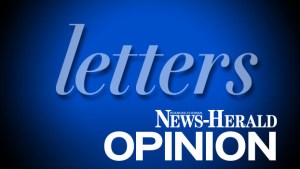 The Kilowatt hour, which is the unit of measurement for electric power, was not mentioned in the entire editorial. This means the writer is very short on his knowledge of electric power but very long on words that may be criticism for those of us who do have this electric power knowledge.

The “roof top solar panel” system works great because they have battery storage in their system design. They are financed by the homeowner.

The “solar farms” do not work as well because they have no battery storage. They cannot store electricity and then deliver it when it is needed by the customer. If the public understood how ineffective solar farms really are there would never be another solar farm built in North Carolina. That is the reason you never read anything about the Kilowatt hour generation record of a solar farm after it is put in service. The objective is to avoid having the public ask questions about how little electric power they generate and how much a plant construction cost.

The people who issue the building permits today will be long gone in 20 to 25 years when a solar farm is projected to expire. Someone else can clean up the mess.

Solar farms will be like a “shell game” at a carnival until the public understands the production of a solar farm will always be less than 20% of the Kilowatt hours the solar developer tells as his plant capacity on his application for a building permit.