AHOSKIE – It’s been nearly 25 years since his death, but the legacy of the late Dr. Joseph D. Weaver continues to impact those who may one day follow in the footsteps of this legendary “country doctor.”

As they do every two years, the Dr. J.D. Weaver Scholarship Foundation will provide financial assistance to local young people in their quest to attend a college or university. Seven scholarships are scheduled to be awarded at 10 a.m. on Sunday, July 18 at New Ahoskie Baptist Church. 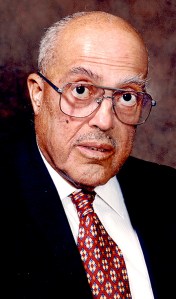 “We typically award three, $1,000 scholarships every two years to deserving graduates of our local high schools,” said Dwight Ransome, president of the Weaver Foundation. “On this go-round, we decided to award seven $500 scholarships. We’re doing this because we felt that due to the COVID pandemic there is a need to help a grearer number of students.”

Ransome said the students are chosen from those graduating from Bertie, Hertford, and Northampton high schools.

Even though this year’s scholarship winners have been selected, Ransome said donations to the Weaver Foundation are welcomed at any time.

“We would like to take this opportunity to thank all of you who give so generously so that we can continue to pay it forward. The Foundation is committed to keeping this wonderful legacy of giving alive,” said Ransome, speaking on behalf of the Foundation.

This biennial effort began shortly after Weaver’s death on Nov. 21, 1998. It was then that the Roanoke-Chowan area lost a medical giant with a big heart.

Born in 1911 and raised in Winton, Dr. Weaver was educated through the local public school system, graduating from Water’s Normal School before going on and earning his Bachelor of Science and Doctorate of Medicine from the prestigious Howard University.

Soon after being licensed to practice medicine in North Carolina and Virginia, World War II broke out and, like many men of what is hailed as the greatest generation, Dr. Weaver served his country. Commissioned as a First Lieutenant in the US Medical Corps, he proudly served with the 372 Second Infantry Regiment for two years.

Over the course of the next five decades, Dr. Weaver served again – this time as the physician for multiple generations of patients. Ahoskie was his base of operations as he operated Weaver’s Clinic on Maple Street.

Driven by a desire to help the entire community, he later joined the practice of the Roanoke-Chowan Medical Center. He also served Roanoke-Chowan Hospital in a number of capacities; was Medical Director of I.B.P.O.E. of W. Grand Lodge; was the physician for the Hertford County Law Enforcement Center; and served as Medical Examiner for both Hertford County and Gates County.

“It is well known that Dr. Weaver never refused medical services to anyone, regardless of his or her ability to pay,” said Ransome. “Our hearts and our minds should be just like that of Dr. Weaver.”

The Foundation began awarding scholarships in 1998, before Dr. Weaver passed away. Now, counting the seven scholarships to be awarded next week, the Foundation has given approximately $60,000 to local students in an effort to further their education.

“Dr. Weaver dedicated his life to 58 years of professional medical service to our community. The Scholarship Foundation is trying to continue this legacy of helping others,” Ransome concluded.