RALEIGH – A Northampton County man has been indicted by a federal Grand Jury. 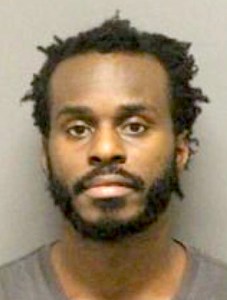 During the search of Turner’s residence in February, agents located approximately 490 grams of marijuana and a Draco style AK-47. Turner was arrested that morning and was confined to the Northampton County Detention Center. He was later released on bond.

On Wednesday of this week (July 7), the Northampton County Sheriff’s Office Narcotics Division with the assistance from the Garysburg Police Department and the State Bureau of Investigation went to the 200 block of Truman Street in Garysburg to locate Turner. Upon approaching a residence on Truman Street, agents observed Turner, who then ran on foot. Turner was apprehended after a brief foot chase and was transported to the Edgecombe County Detention Center.

On July 8, Turner was turned over from the Edgecombe County Detention Center into the custody of the US Marshalls Service. Turner had his first appearance in front of the US District Court Judge in Greenville and was remanded custody to the Marshalls.

Turner is scheduled to attend a detention hearing in US District Court on July 15.

“The efforts of the Northampton County Sheriff’s Office, and the North Carolina State Bureau of Investigation resulted in a federal indictment on the individual on a weapon violation,” Narcotics Unit Captain C.A. Parker said in a statement. “I am pleased to say we will continue to diligently remove drugs and weapons off the streets and provide a safer community.”

“The Northampton County Sheriff’s Office will continue to work together with SBI and the US Attorney’s Office to combat individuals involved in illegal drug activity and guns,” said Northampton County Sheriff Jack Smith. “When we determine that these subjects pose a risk to our communities and citizens with continuous or substantial violations, we will work in conjunction with the US Attorney’s Office to seek federal charges, such as in this case. I would like to thank our narcotics division and SBI for a job well done.”