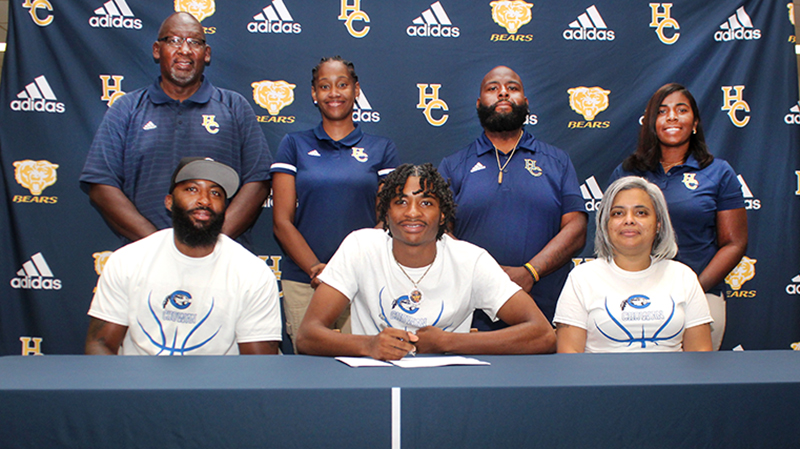 Special to the News-Herald

Askew has become one of the earliest recruits for new Chowan University men’s basketball coach Rob Burke. The younger Burke is following in the footsteps of his renowned father and legendary Chowan bench-boss Bob Burke by heading up the program where he once himself wore the famed Blue-and-White.

Despite an abbreviated schedule (just 11 games) for the Bears in 2021 due to the pandemic, Askew capped his senior prep season as his team’s leading scorer averaging 20.5 points per game. He also contributed an average of 5.1 rebounds, three steals, and one blocked shot per game. He chose the near-home team Hawks over fellow NCAA Division II schools Coker University in South Carolina and Elizabeth City State, plus several top junior college programs.

“I felt like this was the best opportunity for me and my family and I think Coach Burke is giving me a great opportunity,” Askew said in his quiet, modest tones. “I want everybody to come out and support me because I know I’m going to need it.”

On the student side, Askew hopes to major in Computer Engineering. While he hopes his talents could possibly elevate him to a post-graduate career in professional basketball, he also would like to work with and mentor to young local kids, much as has also been done for him.

“I’d like to coach, any level,” he expressed. “I just want the kids to be good too. I want to come back to Ahoskie and make the community better; look out for them like someone looked out for me.”

One of those who looked out for Askew is his current skills coach, Terry Taylor, who has had a hand in the young prodigy’s development since his days of playing and Taylor’s coaching at the old gym with the Ahoskie Recreation Department. ‘Hook’, as Taylor is more popularly known, marvels at his pupil’s development.

“I’ve had him for something like 15 years,” Taylor said. “Seeing him go from crying on the court, (complaining about) being on a bad team; but little did he know that all those ‘bad teams’ are what gave him that competitive edge. From where he came from to where he is now shows that all that hard work pays off. You don’t get better during the season, it’s in the summer. You have to find somewhere to go every day. You can see the results and I’m very proud of him.”

Askew’s Chowan signing was also a special honor for longtime Bears basketball coach Charles Simmons who expressed the signing as a win-win: for Askew and his family, for Chowan University, and for the surrounding community. He feels he can easily reference Askew’s recruitment to another top local player who went on to play for Chowan.

“Here’s one of my former players (Burke) recruiting another of my former players,” Simmons mused. “It kind of reminds me of when his dad recruited Fred Vinson back when Chowan was a junior college. Fred went on to play in the ACC at Georgia Tech, and now is an assistant coach in the NBA. Even though he played at Northampton High we still considered him one of us.

“Daylan is the type who reminds me a lot of Fred with his work ethic and the type of kid he is. Even during the pandemic he was focused, disciplined, and he made straight A’s not just this semester but for the whole year,” Simmons noted.

His former coach also acknowledged two elements of Askew’s game he thinks could make him an outstanding collegiate player.

“Two things he needs to work on are that his ball handling has to get better and secondly he has to get physically stronger,” Simmons said. “I think if he gets those down he can be a heckuva college ball player.”

“I know I’ll be a freshman, but I want to try to be a team leader and someone who tries to make his teammates better and be the best that he can be,” Askew imparted. “I know at this level I’ve got to be more aggressive, looking for my shot.”

Burke’s pedigree also had an effect on Askew, and he hopes that will be a selling point for other recruits he knows Chowan will bring in.

“He’s coming in with a game plan since he coached on a high level (at UNC-Wilmington in 2019, where Burke took over on an interim basis guiding the Seahawks in the season’s final games). I’ve seen it a lot and if you want to play at this next level it’s hard work,” Askew emphasized.

“I was skeptical at first being so close to home and being around all his friends, but after talking to the coach and knowing he’s going to be in good hands, we feel great,” said his father, Laquinsa. “He can look up and see people in the stands he knows and I think that’ll be a better opportunity for him and help him relax.”

“From early on he’s just wanted to play basketball,” his mother Earnika noted. “I remember him waking me up when he was just two years old saying he wanted to go play basketball. We’re just so proud and happy for him. All his hard work has paid off.”

“They’ve been behind me all the way,” the younger Askew acknowledged. “I’m going to try to do all I can now to make everyone around here proud.”

Askew will take to the court for one final contest as a high school player later this month when he competes in the East-West All-Star Game at the Greensboro (NC) Coliseum. 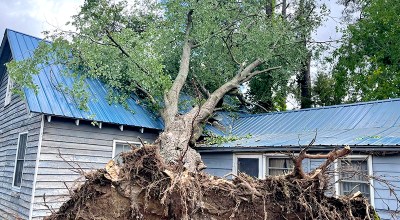 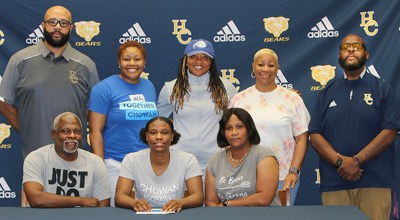