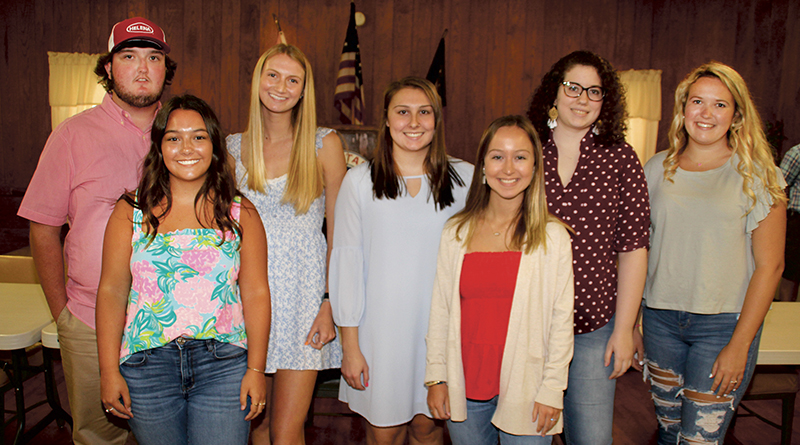 EURE – Since their founding in 2018, the Gates County Sporting Dogs Association (GCSDA) has raised thousands of dollars in support of numerous organizations and individuals.

Despite being forced to cancel its main fundraising event last year due to COVID-19, the group showed its resiliency by still managing to award college scholarships to several recent high school graduates.

During a dinner hosted by the GCSDA on June 12 at Hall Ruritan Club, the group awarded checks to seven members of the Class of 2021. Receiving the scholarships were Luke Spivey, Caitlin Blackburn, Gracie Boyce, Emma Taylor, Lily Williams, Sydney Eure, and Haley Northcott. 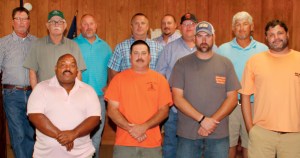 “We’re paying it forward,” said Daniel Casper, GCSDA Executive Board Chairman. “These young people are our future; we see what we’re doing as an investment in our future.”

Casper invited everyone to attend their banquet, which is scheduled for Feb. 19, 2022. The money raised there, as well as through other events, is used not only for college scholarships, but for other local organizations such as all volunteer fire departments in Gates County, Open Wide Outreach Ministries, and the American Cancer Society. Additionally, the GCSDA provides annual funding to the Gates County High School Shooting Team and the Gates County Sheriff’s Office.

GCSDA was established in 2018 after a radical group, not within Gates County, pressed the county commissioners to pass several changes to the local animal ordinance.

“The changes that were proposed would have made it almost impossible for a county resident to own and care for their dogs in a reasonable manner,” Casper stated.

He said one of the proposed changes pertained to dogs “running at large” which would have negatively impacted the right to hunt in Gates County.

“This stemmed from an incident that occurred within Gates County that should have never happened,” he noted. “There were state and local laws in place that, if enforced, could have prevented the incident and properly punished the owner.”

After coming together as a group of individuals to rally against the proposed changes to the animal ordinance and convincing the county commissioners to vote “no” (4 to 1) to the proposed changes, a precedence was set for surrounding counties and the Gates County Sporting Dog Association was formed.

“Our mission is to protect and preserve the heritage of the ethical use and care of any and all sporting dogs that are used to hunt big game, small game, used for agility or show in Gates County and surrounding areas,” Casper said.